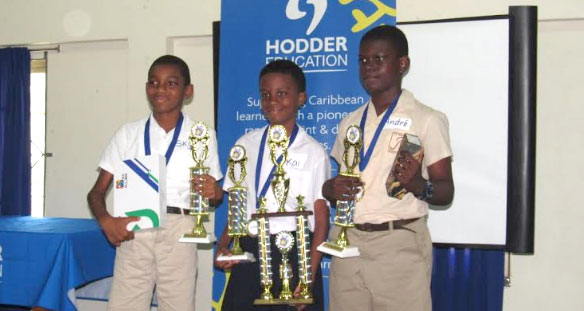 Kai Francis of the Kingstown Preparatory School is the owner of the national primary school maths quiz, which was held at the Girl Guides Headquarters in Kingstown on Wednesday.

He emerged champion in the keenly-contested competition after securing 141 out of 150 available points.

By the end of four rounds of competition, Francis had defeated eight other schools to take the first prize of new laptop, worth EC$1,200 laptop.

Each finalist received medals and a trophy, while the championship trophy went to the winning school.

The Ministry of Education, in collaboration with Hodder Foundation, sponsored the competition.