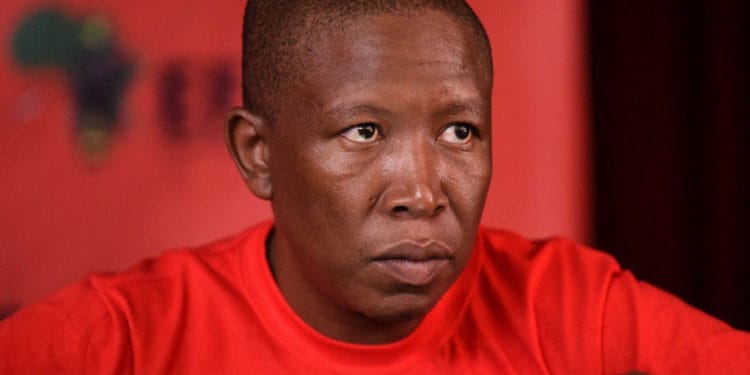 The biggest winner in the South African elections was Julius Malema, the radical leader of the Economic Freedom Fighters (EFF). The EFF electoral clout was increased by 4 percentage points while the ANC vote count decreased by 4 percentage points. The EFF gained 19 seats in the parliament to take its count to 44 while the ANC seat count was reduced by 19. It is safe to say that Julius Malema’s movement gain was the ANC and the DA’s loss. Malema, 39 years old, campaigned on the radical platform of nationalising the money-making levers of the country’s economy, such as the mines and the banks, as well as returning the lands stolen from the people by the Apartheid racist.

The African National Congress, the nationalist movement that endeared itself to the masses of South Africans during the long and brutal struggle against Apartheid, lost even though it has won all of the elections since one man one vote came to South Africa in 1994. The ANC, which won mass support based on its leadership of the struggle tipped its hand as to how it will govern when Nelson Mandela committed in principle to merge with De Klerk’s brutal, fascist pro-Apartheid National Party. Mandela’s commitment to reconciliation reverberates to this day. It was an early signal that the radical wing of the movement had lost the struggle for leading, directing and charting the course of the post-Apartheid South Africa.

During the long years of struggle, the ANC political platform called for the nationalisation of the economy, the return of the lands to the toiling masses. By 1994, these democratic principles give way to pragmatism best reflected in the emphasis on truth and reconciliation. But the truth and reconciliation was a farce. The single most targeted and tarnished individual emerging from the reconciliation exercise was the anti-Apartheid giant, Winnie Mandela. De Klerk shared a Nobel Peace prize with Nelson Mandela. The murderous criminals in the military and security forces never even bothered to testify. No one demanded they did, but Winnie Mandela was hounded and tarred as a kidnapper and murderer. Most importantly, white local and foreign moneyed interest maintained control of the economy.

A few blacks, best typified by the current president Cyril Ramaphosa, were allowed into the boardrooms and given an opportunity to make millions. A tiny black bourgeoisie gained ascendancy. Meanwhile, Nelson Mandela was feted in all of the major capitalist centres as an iconic figure. The international business class knew that they were safe with Mandela at the helm. And they were right. They had to do one simple thing and they did it with aplomb. They organised the assassination of Chris Hani, the dynamic revolutionary leader, who was second in popularity only to Mandela.

Mandela was succeeded by Thabo Mbeki, who proudly declared that he was a Thatcherite, a protégé of Margaret Thatcher, the reactionary former British Prime Minister. Thatcher, along with Ronald Reagan, was the most important political leaders in the rise and triumph of the neoliberal economics which have ravaged the world. Mbeki was followed by Jacob Zuma, who bared his past revolutionary spurs to win the presidency and then engage in a series of corrupt and immoral practices that further embarrassed the ANC and sent it reeling.

The ANC’s 57 per cent of the vote in last week’s elections was lowest it had received since the democratic vote was offered in 1994. The murder of 69 mineworkers in Marikina in 2012 and the emergence the pro business Ramaphosa, who was a director of the mining company where police shot and murdered the striking worker, ensures that the ANC support will continue to dwindle. The ANC’s vote share peaked in the 2004 national elections, when it received 69.69 per cent of the vote, but it dropped to 65.9 per cent in 2009 and to 62.15 per cent in 2014. It has lost 12 percentage points between 2004 and 2014.

The other major party that suffered defeat in the elections was the Democratic Alliance. The DA, a right-of-centre political outfit is dominated by the white South African middle class and a section of the industrial and banking elite. After the last elections, the party tried to win some black African support by electing Mmusi Maimane, a black man, as leader. But the DA, which got 22 per cent of votes and 89 seats in the 2014 elections, saw its share of the votes drop by 2 percentage points. It garnered 5 seats less this time around. The Black masses refused to be duped even though a black face was given the mantle of leading the party.

Why do we characterise Malema’s EFF performance a victorious defeat? Of the major parties in South Africa, the EFF is the only one that gained ground. The ANC parliamentary seat count dropped from 249 in 2014 to 230. The Democratic Alliance also lost ground. Malema’s EFF garnered 1.8 million votes to the ANC 10 million and the DA 3.6 million. Both the ANC and the DA were well financed while the EFF was scoffed at from its inception and had to struggle real hard to finance a national campaign. Lesson: Dare to struggle. Dare to win.

After the 2019 elections, no serious observer in South Africa will downplay the influence or relevance of the Economic Freedom Fighters and its leader Julius Malema. If the trends continue — and they are likely to so do because of the pro-business, neo-liberal lock which the economic elite has on the ANC — the people will continue to experience dire hardships. Unemployment and poverty remains high.  Increasingly, the people are seeing that the vote by itself will not bring freedom from deprivation and want. They can see clearer than ever that health problems, especially HIV, poor sanitation, lack of pipe borne water and corruption plague the land while a few, especially a white local and foreign elite, along with a few Black faces continue to live luxuriously.

Malema’s EFF has a bright future and can become a king maker by the 2024 general elections.

10 replies on “A victorious Defeat”