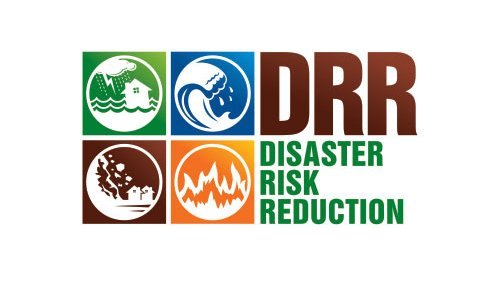 GENEVA (CMC) — A new United Nations report has warned that progress on the Sustainable Development Goals (SDGs), notably eradicating poverty and hunger, as well as action on climate change, could be reversed or slowed if governments adopt appropriate strategies on disaster risk reduction.

The Global Assessment Report (GAR) on disaster risk reduction, released here this week, further states that the world faces new, emerging, and much larger threats, linked to climate change, environmental degradation, and the growing potential for one disaster to produce or exacerbate another.

The GAR, launched by the Office for Disaster Risk Reduction (UNDRR) here, has also warned of new and much larger threats due to extreme climate changes to economies.

The report has outlined major risk to human life from air pollution and biological hazards, in addition to other natural disasters like floods, landslides and earthquakes. Economic losses to the extent of four per cent of gross domestic product (GDP) annually are projected if countries don’t invest in disaster risk reduction (DRR).

It has been estimated that an annual investment of six billion US dollars in DRR strategies would generate benefits of up to US$360 billion each year.

“Extreme changes in planetary and socio-ecological systems are happening now; we no longer have the luxury of procrastination. If we continue living in this way, engaging with each other and the planet in the way we do, then our very survival is in doubt,” said Mami Mizutori, head of the UN Office for Disaster Risk Reduction.

The head of the Barbados-based Caribbean Disaster Emergency Management Agency (CDEMA) Ronald Jackson, who was a member of the GAR advisory board that reviewed the draft of the report, has also adopted a similar position.

Speaking on the side lines of the United Nations Global Platform on Disaster Risk Reduction that ends here later on Friday, Jackson said that the realities of disaster risk reduction, in the face of the impact of climate change in the Caribbean has informed the region’s strategy.

“Unfortunately, sometime when we hear some of our actors in the region speak, they still categories risk reduction as a relief management issue,” Jackson told the Caribbean Media Corporation (CMC).

“It’s not. It’s a development issue hence the point I was making that the place where issues relating to climate and natural hazards risk meet is really in the area of the underlying risk drivers — looking at risks and threats, how are risks and threat eroding our efforts around achieving the sustainable development goals. And that’s what we have been promoting at CDEMA and within the content of the strategy,” Jackson said.

He said there are many big global agendas including climate change, the Sendai Framework, Financing for Development, the Urban Development Agenda, and the Agenda for Humanity.

“How do our member stage manage the weight and expectations of these global agenda? It can’t be in promoting its national silos. It has to be in term of an integrated approach, looking at the architecture nationally for delivering this,” Jackson said.

He said the GAR begins to touch on some of these things and brings to the fore the issue if systemic risk.

“If you are not treating with the state of your economy, then it is going to challenge your ability to really invest in risk reduction imperatives and deal with, cope with the effects of climate change.”

Jackson reiterated that the Caribbean contribute minimally to causing climate change but is on the frontline as far as its impacts are concerned.

“So, for us, it’s really around how do we cope, how do we ensure there is a robust enough humanitarian architecture in the region to deal with the impact on people, because we can’t prevent the events, what we can do is reduce the consequences of the outcome by tackling those underlying risk drivers,” Jackson told CMC.

He, however, noted that this is not a problem that can be solved overnight.

“We have to begin to look at new development, how do we change the setback requirements, implement and legislate and monitor and enforce building codes and building standards, putting social support systems for the poor, looking at your infrastructure, ensuring that we are observing appropriate standard when we are building back roads and bridges so that the next flood do not take those pieces of infrastructure of our operation and adds to our cost,” he said, noting that 60 per cent of disaster loses are in the infrastructure sector.

“So you are looking now at having to borrow to replace these. It then challenges your ability to put funds into other programmes around poverty reduction and creating new steals of economy to ensure that you maintain your development agenda. So, it is very important the finding of the GAR.

“We agree with it, we believe we have to look at these issues of risk and threats and how we can manage those to ensure that we can tackle poverty even in the face of the climate change challenges we are seeing emerging,” the CDEMA head told CMC.