‘Cabbage’ charged with theft of sheep; magistrate recuses himself 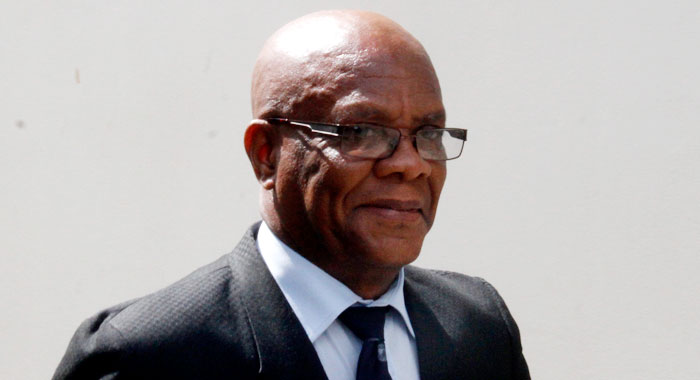 A magistrate has recused himself, mid-trial, from a case in which a man nicknamed “Cabbage” is accused of stealing a sheep.

“This could possibly be a set up.  I don’t feel comfortable,” Pompey said last Thursday during the trial at the Colonarie Magistrate Court, sitting at Georgetown

He made the decision as Rural Constable Dublin was giving evidence.

“Lampkin was implying he has family in Byera and I have family in Byera. I have my doubts about this and I am going to recuse myself and ask that somebody else deal with it,” Pompey said.
The case involved Eli Glasgow and Eric “Cabbage” Nimblet, both of South Rivers.

Nimblet is accused of stealing a white ram sheep, value EC$600, the property of Glasgow.

He is alleged to have committed the crime at Locust Mountain in South Rivers on March 3.

The court heard that on March 3 at about 8 a.m., Glasgow, a farmer, went to Locust Mountain to tether his animals.

About 11:53 a.m., his friend, Ryford Lampkin, who was in the mountain looking after some sheep, saw Nimblet, who is also known as Skerrit, with a white ram sheep belonging to Glasgow.

“I told him to leave the sheep and he turn to me and say, ‘Remember the two arwe dey pon bond!” Lampkin told the court.

He said that when he went back to the village, he reported the matter to Glasgow before returning to the mountain.

Glasgow told the court that when he returned to the mountain, the white sheep was not among the flock.

Lampkin later found some body parts from the missing sheep, which had been slaughtered.

Nimblet appeared teary-eyed for a brief moment during his cross examination of Lampkin.

The matter has been transferred to the Calliaqua Magistrate Court for May 27.

After the new court date was set, as Glasgow left the stand, he muttered: “Me nar leave me sheep so; too much wickedness, too wicked!!

2 replies on “‘Cabbage’ charged with theft of sheep; magistrate recuses himself”