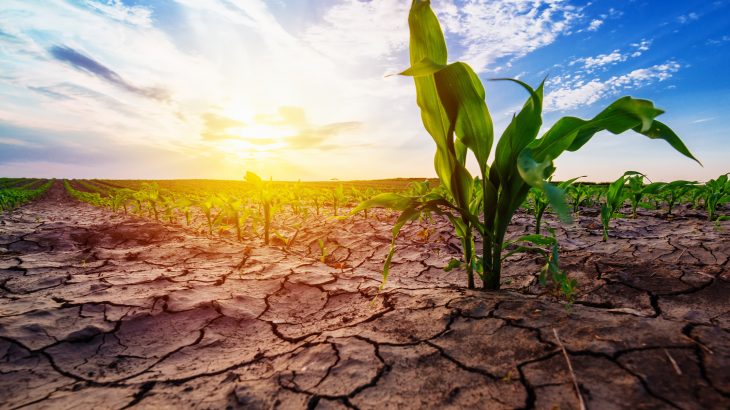 PHILLIPSBURG, St. Maarten (CMC) — The dry conditions affecting the Caribbean over the last few months are expected to continue into September for most of the region, forecasters said on Thursday.

“For the June to August, … we are expecting it to be drier than usual or close to normal. So we are already dry and we are expecting the next three months to be dry,” Sheryl Etienne-LeBlanc of the St. Maarten Metrological Department said on Wednesday.

Speaking at the opening day of the Caribbean Climate Outlook Forum (CartiCOF), she said that for September to November, forecasters are expecting above normal conditions in the Greater Antilles, the Leeward Islands, The Bahamas, and Belize.

However, the outlook is drier-than-usual conditions everywhere else in the region.

“So, as sectors, we are to think of what that means for us. We are already in dryness, the next three months is predicted to be drier and for the southern Caribbean, extended dryness until November,” she told the biannual forum, which brings together forecasters, disaster managers, and representatives from various sectors and industries across the region.

Etienne-LeBlanc said that while the data used to generate the forecasting models are sources from across the entire Caribbean, forecasters are encouraging sectors in the various countries to contact their local metrological service for islands specific outlooks.

The wet season in most of the Caribbean coincides with the Atlantic Hurricane Season, which runs from June to November.

Most models are predicting a hurricane season that is less active than normal, but regionals forecasters are reminding residents of the Caribbean that weather systems significantly less powerful than a hurricane can result in major loss and damage.

Etienne-LeBlanc said that a
weak El Niño continues and this tends to inhibit the formation of tropical cyclones.

El Niño is an irregularly occurring and complex series of climatic changes affecting the equatorial Pacific region and beyond every few years, characterised by the appearance of unusually warm, nutrient-poor water off northern Peru and Ecuador, typically in late December.

“We are hoping it works for us this hurricane season, that it keeps the activity less active,” Etienne LeBlanc said.

El Niño, from its onset, stabilises the atmosphere in the tropics, increasing odds of a drier wet season in much of the Caribbean.

Towards the latter part of the wet season and during the ensuing dry season, it enhanced wind shear tends to tear up storm clouds, decreases tropical cyclone activity and leads to dryness in the Caribbean, as demonstrated in the 2014-2016 drought in the Caribbean, Etienne-LeBlanc said.

An exception is in the northern Caribbean, where El Niño tends to bring more rains in the dry season.

In the year after El Niño’s onset, the wet season tends to start earlier.

La Niña’s are associated with opposite impacts on the Caribbean.

And with lower than normal rainfall predicted, forecasters said that heat levels are expected to be higher than in 2018, leading to increased heat stress and heat waves August and October.

From June to August, at day and night, temperatures are likely to be as high or higher than in most recent years across the region.

This may lead to increased heat discomfort, especially with the elderly, and elevated cooling needs in the tourism sector than in previous years.

Heat waves are likely in eastern and southern Caribbean, especially in September or October, with cooler temperatures expected from November onwards.

“So, be prepared for hurricanes, flash floods, heat stress, drought in certain areas of the Caribbean,” Etienne-LeBlanc said.

When the rains return, forecasters are expecting flash floods and delayed recharge of large water reservoirs and soil moisture in most of the islands.

Wildfire potential is expected to decrease slower than usual in the wet season.

As a result, depending on the type of crop, soil moisture for plant water use may be reduced, leading to crop yield losses.

Forecasters are urging farmers to use techniques to conserve topsoil moisture.