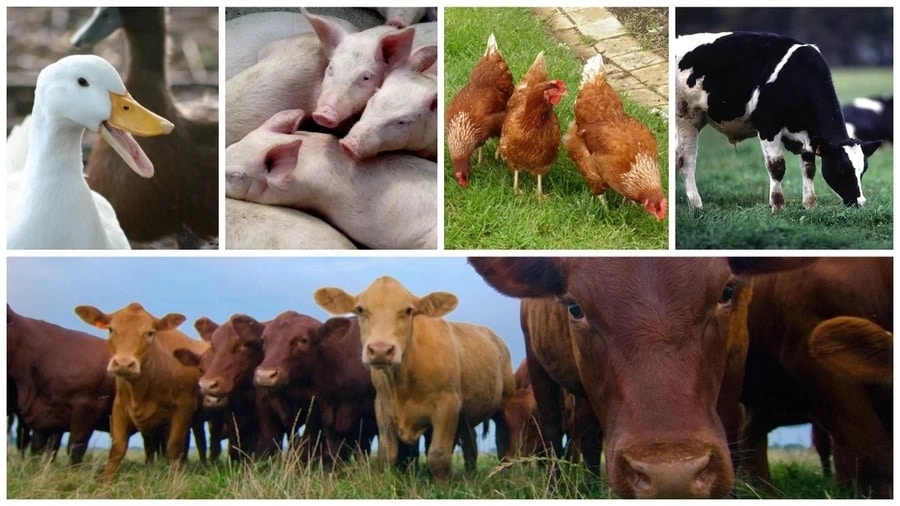 GENEVA (CMC) — When it comes to creating a disaster risk reduction plan, thoughts of including animals, and more so pets, are often not included.

Now, an international animal welfare charity wants to change that and is urging Caribbean people to include livestock and pets when putting together their disaster risk reduction plan.

“We believe that in order to protect people from disasters, you have to protect animals as well,” says Aura Freeman, head of campaign on disasters at World Animal Protection.

“Animals are really very valuable to human beings, they are a source of livelihoods for over one billion poor people across the world, so if you lose an animal in a disaster, then the impact on your family and the economy as well is really going to be very drastic,” says Freeman, who was participating in the Global Platform for Disaster Risk Reduction, a United Nations conference that ended here last weekend.

“So, from our perspective as an animal welfare association, we both want animals to be protected because they are sentient beings like us, like humans, they suffer the same way, but equally, they have an important role in human lives, so we really champion that governments include animals in their disaster plans,” she tells the Caribbean media Corporation (CMC).

The animal welfare charity strives to improve the welfare conditions of animals across the globe and its campaign on disaster is calling on governments to include animals in their disaster management plans and policies.

Freeman says that livestock is very important for people who rely on animals for their livelihood but her organisation also tries to reach pet owners.

“Pets are, in many places in the world, integral parts of the family, so if you are affected by a disaster, we encourage animal owners to make sure that their animals are included in whatever plans they have.”

Head of disaster communication, at World Animal Protection, Scot Canton, says his organisation’s experience in the Caribbean shows the devastating impact of not planning for animals in times of disasters.

In 2017, after Hurricane Irma and Maria, swept through the Lesser Antilles causing widespread devastation and death, the organisation sent teams to Antigua and Barbuda, St. Kitts-Nevis and the British Virgin Islands.

In Barbuda, the entire human population was evacuated and the expertise and time was not there to organise mass evacuation of animals, including hundreds of heads of cattle, racehorses, and dogs, which Canton says would have been a challenge to any country.

He says that with the human population gone and with no one to feed them, dogs reverted to their natural instincts, formed packs and began attacking the livestock.

Canton says that his charity intervened, separated the dogs from the livestock and “reduce that sort of killing spree that was going on”.

He says that while his charity does not recommend chaining dogs, especially in a disaster situation unless someone is bringing them find and water, it was necessary in Barbuda after the hurricane.

In the 1990, the group was involved in Montserrat, where it conducted mass evacuation of dogs and livestock after the eruption of the Soufrière Hills volcano.

The World Animal Protection spent months in the French-speaking Caribbean island of Haiti following the magnitude 7.0 earthquake that killed thousands of people and left thousands country and left a similar number homeless. They organised cared for the injured and diseased animals.

“People are very reliant on animals the world over, including pastoralists and small hold farmers whose entire family economy is based on their animals,” Canton, says as he noted the potential impact of a disaster on animal owners.

“People love their animals and if you don’t take care of, whether it is their livestock — their economic livelihoods — or their pets, they will make choices against their own interest; they will disobey evacuation orders and whatnot,” Canton tells CMC, adding that the impact of disasters on animals have a psychosocial effect on animal owners.

“If you have had a pet, you know what that feels like, they are part of the family. Now, add a major disaster into the mix where you suddenly don’t have a home or you don’t have a reliable source of water or food and if this if is your livelihood, you are worried about your future, you are worried about how am I going to continue to send my kids to school, how am I going to afford medical care to my family if I have no means to support myself.

“If this is your pet, much like any family member, your heart goes out to them and we don’t want to see people have to make that terrible choice between do I evacuate with my family and leave my pet behind, do I use this little bit of food aid that I got and divide it between my kids and my goats?

“We don’t want to see that kind of thing.  So we work in tandem with humanitarians and governments to prevent those situations from happening by building animals into disaster risk responses.”

Canton says he has seen it personally the devastation farmers feel when they lose their livestock.

He says after disasters some predatory lenders exploit pastoralists who have suffered economic loss because of the death of their animals, causing these farmers to “descend into these spirals of poverty out of which there is no escape”.

The World Animal Protection official says that in terms of psychosocial impact, research has shown that when people are able to have their pet with them post-disaster, their recovery time is so much greater and faster from traumatic events.

He says that before a disaster, animal owners should have a plan for them, including preparing a grab-bag containing 72 hours’ worth of food, medication, identification, and vaccination records.

“Find out if shelters accept animals and lobby the government to ensure there are shelters that do accept animals because you don’t want to have to be making these decisions while a disaster is unfolding,” Canton says, adding in the case of livestock, there is no single plain answer to that question.

“… letting them lose is often the best recourse because animals, left to their own devices, they are not stupid, they will avoid as much as they can, high ground if the winds are too much and they will seek high grounds in flood.”

He says the exception is in cities, where pets can get in the way of search and rescue, and conflicts between people and animals could arise.

The Assistant Secretary General for Human and Social Development at the Guyana-based Caribbean Community (CARICOM) Secretariat, Douglas Slater, agrees that disaster risk reduction should include a plan for livestock and pets.

Slater tells CMC that quite often it is says that the way a community or a civilisation treats the most vulnerable is a reflection of the social and human development of that community.

“They are seen as economic assets and, therefore, it is obvious that in disaster planning we should make arrangements for the safeguard of animals.

“But I think the psychosocial aspect is also important because animals are seen as pets, companions and therefore, we ought, and I think we do in general but maybe more emphasis should be placed on that,” says Slater, a physician former health minister in St. Vincent and the Grenadines.

The senior CARICOM official, who also attended the UN conference here, says that many vulnerable members of society depend on pets to keep their company, help them around, or to cope with psychological disorders.

“I think, in general, most people do, but in cases of disaster, sometimes, we tend to be reactive and maybe we may find that animals are not given the priority they should be in term of how we take care of them.

“But, there is room for improvement. We have, I think we do take it into consideration but maybe it is an area we need to improve on,” he tells CMC.

2 replies on “Re-thinking disaster risk plans to include livestock, pets”