Vincy on murder charge in Tortola 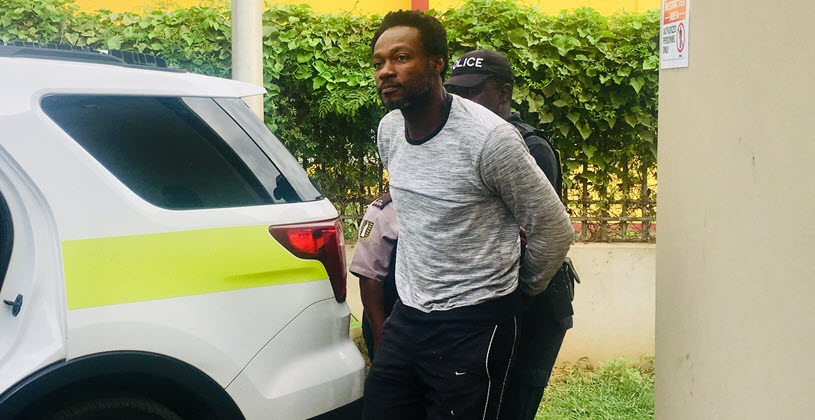 A Vincentian man has been charged with murder in connection with the shooting death of a woman in the British Virgin Islands who had obtained a restraining order against him in January.

Rohan Williams, 37, was charged on Monday with the murder of Lenia Green, which occurred one day earlier.

Green was shot and left on the road at George’s Northside, Tortola on Sunday. She was taken to hospital, where she died.

During his court appearance on Tuesday, Williams denied the charge.

“It’s a lie,” he said as Crown Counsel Nick Saunders read the charge to him, according to BVI Platinum News.

Williams, who was not represented, told the court that he could not afford a lawyer.

He was not required to plead to the indictable charge and was remanded in custody until July 24.

The case against Williams is that on May 26, about 8:15 p.m., gunshot and the screams of a woman were heard at George’s Northside

Prosecutors are alleging that Green knew Williams as he worked at the home of her sister-in-law and became a friend of the family.

The Crown is further alleging that Williams’ daughter and girlfriend told police that on the night in question, Williams picked them up at a laundry sometime between 8:45 p.m. and 9 p.m.

He was driving the blue SUV he had been driving before and his girlfriend noted that he had changed his clothes and his daughter noted that his hair was wet.

The Crown Counsel said that the police searched the home of the defendant and found clothing soaking in the bathtub.

He told police he had been at home, alone, but refused to give police a DNA sample.

Williams was remanded in custody. The next hearing in the matter is on July 24.

2 replies on “Vincy on murder charge in Tortola”