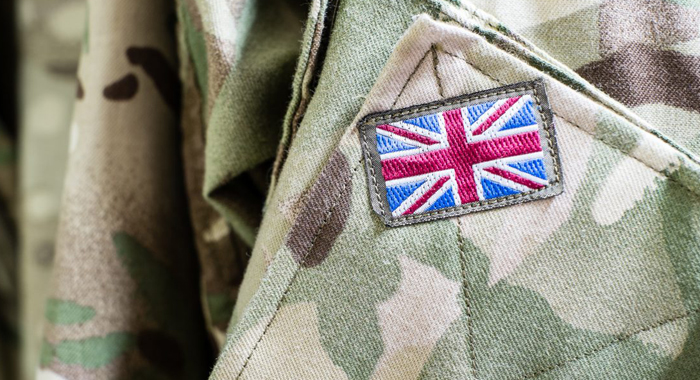 A Vincentian man on an assault charge has fled the jurisdiction and joined the British Army, his mother and surety told the Kingstown Magistrate’s Court on Tuesday.

Edinboro man Raphael Dennie, said to be in his 20s, was granted EC$1,500 bail with one surety when he appeared before the Kingstown Magistrate’s Court on Sept. 20, 2018, charged that one day earlier he assaulted Lloyd Dennie of Edinboro, causing actual bodily harm.

His mother, who had stood surety for him, appeared before the Kingstown Magistrate’s Court on Tuesday, saying her son left St. Vincent in April and has enrolled in the British Army.

“How is that possible?”  Senior Magistrate Rickie Burnett asked.

Prosecutor Corlene Samuel said that the accused man should have made an attempt to contact the court and ask that the trial be brought forward.

“It is shocking to me that a young man is seeking employment — that’s a good thing — but he is aware that he had a particular matter in the court and he would just post his papers and just decide to leave,” the magistrate said.

The mother told the court that she had received summons to attend court because she stood as surety for her son.

The woman said she was aware that her son was going away and that he had a matter pending before the court.

“So, that is not of concern you? Or you were more concerned that he is going to seek employment outside of St. Vincent?”

At this point, the complainant arrived, and the magistrate called him to take the stand.

He told the court that he, too, had learned that the defendant had left St. Vincent and the Grenadines and joined the British Army.

He said he felt “bad about it” because he wanted the case to be heard.

He said that he and the accused man are not related although they have the same surname.

The prosecutor said that Dennie’s mother was responsible for him, as his surety, and should have informed him of the implication of enrolling in the British Army when the matter was still pending.

The magistrate said: “Because I am sure if his new employer is aware of this, they are not going to be happy at all that this is a man that is suitable to work in the army. You all have to consider these things when you are making these types of decisions.”

At this point, the woman said her son was called to join the army before the date of the trial.

The magistrate said that in that case, she should have spoken to someone, saying that the case was hanging over his head.

He pointed out that, on Monday, he had a case where the defendant wanted to go to Tobago to work and the defendant contacted the office and appeared before the court, asking for an earlier trial date.

“That’s how things are done,” the magistrate said, adding that while he would not want to deny the new army recruit employment, he has a matter in the court.

“The complainant is there, he is quite aggrieved,” Burnett said.

He told the accused man’s mother that because she bailed him, he can call on her to pay EC$1,500.

“But that would not mean that the matter would come to an end,” Burnett said.

He asked the prosecutor what is her thinking on the matter, and she said she believes that a warrant should be issued for the accused man.

Samuel further said that the court should check with immigration authorities to verify the woman’s statements.

Burnett observed that the matter is a serious one.

“It is not about his employment only,” he said.

Burnett, however, noted that the matter might have arisen because the Kingstown Magistrate’s Court did not sit for the first five months of the year.

No magistrate was appointed to fill in for Burnett while he acted as a master of the Court of Appeal for five months.

He said that if the court was sitting, the accused man might have been in St. Vincent, because the matter has been adjourned to January 2019.

“I mean, when persons are making decisions, they have to consider all these things,” Burnett said.

Asked what applications she was making, Samuel said that even though the court was not sitting, the defendant knew that the matter was pending.

“He is not here. His mother can give a time to say when he would be back,” the prosecutor said.

However, the magistrate noted that the man had gone to England to work.

At this point, the man’s mother began to smile.

“Madam, don’t smile too much because if we want him back, he has to come back. If the state wants him to come back to St. Vincent, we can get him back,” the magistrate said.

The magistrate adjourned the matter to June 25, 2019, saying that on that date the prosecution will tell him how they plan to proceed.

To the accused man’s mother, he said:

“Madam, I’ve said enough for you to start to think about certain things. And talk to your son. Tell him how disappointed I am that this happened.”

Burnett also ordered the woman to return to court on June 25.