The magistrate said he has make his own decision based on no one else’s conscience but his own. 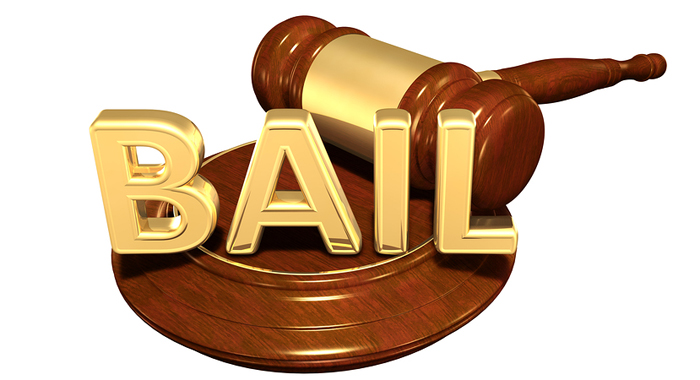 A man who spent three months on remand on a charge that he destroyed eight pineapples worth EC$80 was on Tuesday granted bail in his own recognisance.

“This doesn’t feel right to me, it doesn’t seem right as well,” Senior Magistrate Rickie Burnett said in making the decision.

The man, Safraze Lavia, of Coulls Hill, had been granted EC$300 bail with one surety, but no one signed his bail bond.

His trial is to take place before the Barrouallie Magistrate’s Court, but he was brought before the senior magistrate on Tuesday after he complained about the length of time he had spent on remand.

The magistrate said Lavia seems to have some issues that he cannot address because he is not trained in that field — a suggestion of a mental health issue.

“But, apart from that, prosecutor, it is hard to close my eyes to this,” Burnett said of the time Lavia had spent on remand.

While the matter was from another magistrate’s court, Burnett said that if Lavia is found guilty at trial it is possible that the sentence would be compensation to the owner of the pineapples.

“He already did a sentence,” the prosecutor, Police Constable Corlene Samuel, observed, referring to the time Lavia has spent on remand.

The magistrate said that Lavia was unable to secure a surety, with his bail set at EC$300.

He said that if he granted him bail in his own recognisance and the man fails to attend court, police officers might consider him a “reckless magistrate” when they have to go looking for Lavia.

Burnett said that the world is imperfect and told the prosecutor that he was considering granting Lavia bail in his own recognisance.

Asked if she was objecting to this, Samuel told the court she worked in the Chateaubelair district for five years and knows Lavia to have a history of mental health challenges.

Burnett said that while that might be the case, he was seeing no report from the relevant health authorities indicating that a psychiatric evaluation had been done.

Samuel said she was wondering why an evaluation was not done, but told the court that looking at Lavia, he “looks rather good today”.

She said it was “surprising” and was wondering if it was because he was “properly dry out for those three months”.

Lavia then told the court that, in prison, he received injections from the health care professional because he had had a nervous breakdown.

Burnett said that if Lavia has some challenges, a report should be ordered for him, but it appears that that was not done.

“I am not sure I can do that. It’s not my matter,” Burnett said of the case, adding that he was only expected to review bail in light of the man’s complaint that he had been on remand for three months charged with destroying items valued EC$80.

In the end, Burnett granted Lavia his own bail, saying he has to make his own decision based on no one else’s conscience but his own.

“If he is convicted, unless the aggravating features are so outstanding, this may not attract a jail term,” the magistrate said.

The magistrate ordered Lavia to appear before the Barrouallie magistrate’s Court on July 4.

“Although it is not my matter, if on the 4th of July you do not turn up, I want the police to lock you up and bring you right back in my court,” Burnett said.