Of unfulfilled promises and stymied development

“Gonsalves and the ULP … are only concerned with retaining power and seeking benefits on behalf of their families and close supporters.” 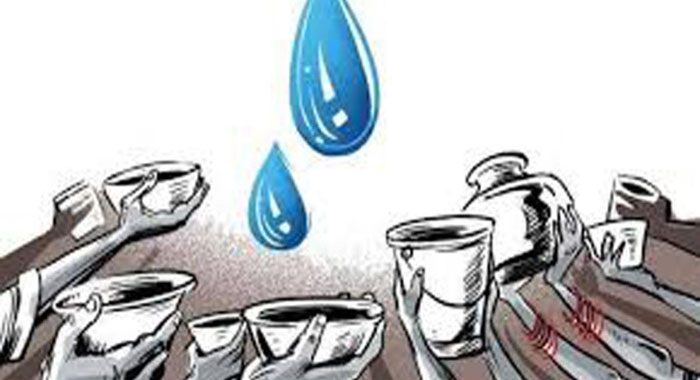 The ULP regime came into government in 2001 on a fleeting wave of populism as the Gonsalves regime sought to convince the Vincentian public that they were a people-centred and poor people party. The slogan “together now” even suggested as much.

Sadly, the truth is less palatable as, on taking office, Gonsalves and his ULP heralded a new era of politics in SVG — one of victimisation, poverty, cronyism, nepotism, and, among others, corruption. The members of his party were told by one of its leading members at a convention, that “we must not only own the party and the campaign, we must own the jobs too”, a statement that was met with thunderous applause. We have also had the refrain from Camillo Gonsalves that supporters of the NDP should suffer and die.

Gonsalves, who cut his tooth on communist intellectualism, spoke glowingly of having been beaten on the anvil of history and how much he is committed to the recognition of a Caribbean civilisation, has made numerous promises to the Vincentian people since taking office. Alas, not many of these promises have been met and those that have, constitute in large measure a millstone around the necks of future generations of Vincentians.

Clearly we have witnessed some infrastructural changes, the largest of which is the Argyle International Airport. Unfortunately, Gonsalves and the ULP regime have resisted every attempt at getting them to offer the people of this country full disclosure on the financing and expenditure of this image enterprise. Accountability is not necessary because the IADC was not a statutory body. So much for good governance, Gonsalves/ULP style.

The airport was constructed and opened after 10 years at a cost of over one billion dollars. This was a project that, according to Gonsalves, would not be a burden to the taxpayers. Vincentians who were experienced in the use of trucks and heavy equipment found themselves being sidelined to watch Cubans get the bulk of the work that they could easily have done. The triangular relationship of Cuba, Venezuela and SVG took priority over the well-being of our Vincentian workers.

In their 2001 manifesto, the ULP promised this nation a cross-country road and a national stadium, among other things. In 2005, Gonsalves, reportedly, without any proper studies, embarked on the cross-country road project for which $26 million had been allocated — $13 million from grant funds and $13 million from a soft loan. In 2006 Taiwan, handed over $2 million towards the project which was to provide jobs, enhance tourism and boost agriculture in SVG.

This road was to run from Rose Hall on the leeward side and exit somewhere on the Windward side of the country. Except for a few hundred feet of pre-existing road at what were supposed to be the extremities, the cross-country road never materialised. One of the reasons for the failure of this project was that it was always ill-conceived and never had the benefit of any serious feasibility study.

We were also promised the construction of an eco-tourism hotel across the Rabacca River. That, too, has been another pipe dream. What of the secondary school for Canouan and the clinic for Mayreau?

We were promised a tunnel into Kingstown. This came after the promise to construct a carnival mas camp in Roseau (Sion Hill) was scuttled by falling debris in another ill-conceived project. The steel structure at Roseau is a constant reminder to Vincentians of the kind of planning undertaken by the ULP. No one ever discussed the expenses undertaken there. We can expect no tunnel any time soon.

The reparations dialogue, which was nothing more than another ego-boosting drama for Gonsalves and the ULP, has petered out. It lacked the anticipated political currency.

We can hardly remember African Liberation Day, cannot organise Labour Day and do nothing more than lay a wreath on National Heroes’ Day. Still waiting on the national heroes.

In the 2015 elections, in an attempt to counter the NDP proposals, the ULP promised to construct a modern hospital and to rehabilitate 2,000 acres of banana. It is now 2019 and another election is dawning and Vincentians are yet to see one banana plant and the laying of a brick for the hospital. In keeping with the ULP approach to infrastructural development, I am expecting a sudden flurry of activities without concrete plans, geared at convincing the people that a hospital will be constructed. Anything will be done on the altar of political expediency and if it means wasting several million dollars to ensure re-election the ULP will have no compunction in making that sacrifice.

7 replies on “Of unfulfilled promises and stymied development”