Purveyors of the shanty town mentality 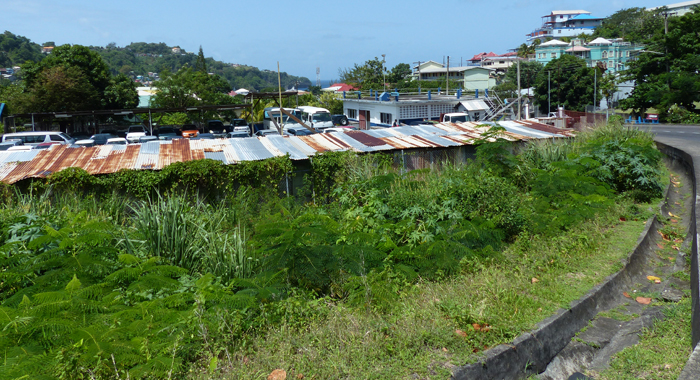 Full disclosure: I own a ramshackle. But be sure, it is not a new construction.

You know the one about the tree falling in a forest and whether it makes a sound or not? Well, study this one and you’d understand why Kingstown teeters on decrepitude. “Decrepitude” might be a little rich, especially coming from a body who owns a ramshackle. So what?

One of the richest men in St. Vincent — X far– demolished a 60-plus-year-old ramshackle he bought 26 years ago. Thank Jah for the demolition, you’d say. But wait; it isn’t so sweet.

The Ebenezer Scrooge, richer than anything that Charles Dickens could ever invent by imagination, conserved the shabby rusted out old galvanize from the demolition garbage and used it on a new construction. Oh Gawd, that don’t sound too promising. No, it isn’t. But wait; you ain’t hear nuttin’ yet.

Where mister galvanize was hanging out before Scrooge demolished his 60-plus-year-old ramshackle possession, it, the galvanize, wasn’t troubling a soul. It didn’t ugly up the scenery with its herculean ugliness. That’s because is only from a LIAT, looking down, the eyesore could be spotted. If a tree …

Now, after the demolition, which was a longish time ago, Ebenezer erected a brand new lean-to and used the pieces of misshapen galvanize of unequal lengths to lay cover on his new building. Whereas the galvanize, as I said, wasn’t troubling a soul, hiding up peacefully for 60-plus years, now, the grotesque, misproportioned galvanize is on full display, in your eyehole, in all its ingloriousness. Is the same as if they take the tree from the forest and put it in Kingstown and shove it down for you to hear it make noise.

The proud owner of the ramshackledom, is an entrepreneurial titan, “the premier auto dealership entrepreneur in St. Vincent and the Grenadines, Mr Bertille DaSilva.” The one and only, Silky; Major.

And where exactly is his new entrepreneurial enterprise? Like if you dono; right, plumb, at eye level, at the entrance to capital city. Put we one side because we have become inured to decrepitude. But if you are a tourist coming from our posh international airport, Silky’s Murray’s Road establishment is an aesthetic of despair.

I said that “we have become inured to decrepitude;” but who are the determining “we?”

Silky’s eyesore, the lean to with the misshapen, misproportioned rusted out galvanize, held up by old uneven telephone poles and security lights held in place with pieces of lumber, no doubt picked out from the pile of garbage from the old building, is just across from the de facto government nerve centre: the ULP Headquarters.

That the decrepit eyesore, which is probably illegal, is allowed to exist right across from the ULP Headquarters, the “we” in “we have become inured to decrepitude” speaks for itself. While the buildings create a dichotomy, there is no division or contrast between the mindset of the owners. Conspicuously so.

It is clear to me that when Ralph and other government notables stroll out on their patio and look across the road, none of them see a ramshackledom; they have been conditioned to, and an affinity for, the surroundings of their making. Tell I, if the fixers of ramshackle cyarn see ramshackle, is how ugly places go get spruce up? To wit, they haven’t.

Yes Ralph, it is. Yes Julian, it is. Across from you there is a ramshackledom. Even if you do not see it, it is there. All you is the purveyors of ramshackle; giving countenance to it. And Silky is thumbing his nose at all of you.

I choose out Ralph because Ralph is Ralph and with his beguiling charisma can slap his Portugee brother on the back and go, Oh Gawd, Silks, dab a coat of paint on the galvanize, nuh. Even up the edge them, eh? Make it less jarring and ugly. We got tourist coming, you know. And Julian because he is Minister of Works; the man who is to spruce up — or not — rundown buildings.

With the new airport and five-star hotels in the works, it would be a smart move for the government to ante up and donate the rich man some paint. And painters. Ay, but that’s a Catch-22 situation because to fix the problem you have to see the problem.

That’s why the Customs building never seen a pressure wash. Ditto the stinking, godawful vegetable market. And its filthy state is the more flagrant because across the way is the pristine Court House. Another glaring dichotomy.

If the tourists from the ships do not head out Windward, they would miss out on the “visionary’s” offerings at Murray’s Road, but they sure as ass are going to get an eyeful of the run down Customs and the dreary vegetable market.

Does Silky’s abomination violate building codes? Codes of good taste? Of aesthetics? What you think Planning would say if I were to lick down my piece then knock up a new ramshackle in its place? Àla Silky. You’d be more righteous than me if you could manage to convince yourself that somebody big is not on the take. I suppose Silky go argue that it is a temporary structure.

The rich man was in his rights to throw out Grass Roots Tennis Club out his place. But for that? We went from seeing youngsters playing tennis to like a public notice heralding: Welcome to Shanty Town.

Finally, make no mistake, the “visionary” and his monstrosity at Murray’s Road are not the problem. They are symptoms of the problem.

4 replies on “Purveyors of the shanty town mentality”