Lynx is Band of the Year 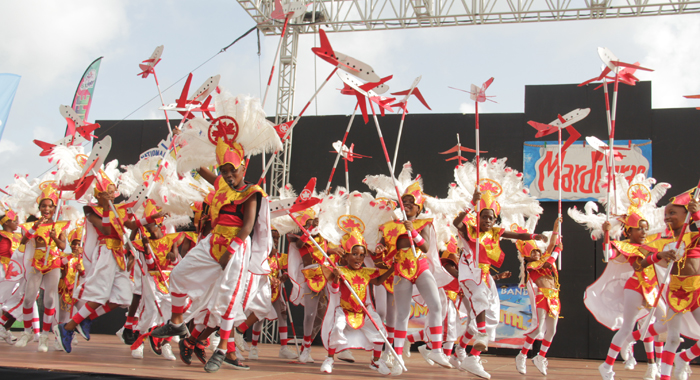 The band’s presentation, “Come Fly With…” secured 515 points to emerge winner among the 14 bands that competed at Mardi Gras in Kingstown on Tuesday.

Mirage, in turn, took the third place after received just two points more than first time competitor, Oxygen Mas, with their presentation “Treasures Of The Sea”.

Oxygen’s 499-point score was significantly higher than the 461 that “Wonders Of Nature” generated for SVG Players International Mas Band, which placed 5th.

SVG Players, however, secured a decisive victory in the Individual of the Band competition, taking 543 points.

In the “Best Use of Colour” category of the competition, Lynx placed first, with 441 points, while Oxygen was 2nd, with 414 points.

Theirs was a decisive victory over their closest rival, Lynx, which scored 399 points.