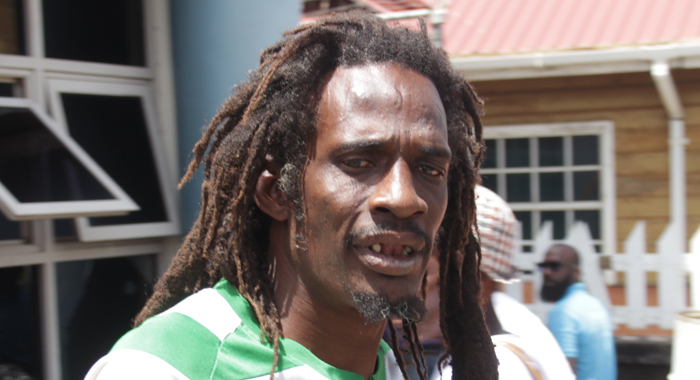 A 43-year-old pushcart operator, annoyed by a colleague’s horn, struck him with a glass bottle, resulting in injury.

On Wednesday, at the Kingstown Magistrate’s Court, Clinton Francois pleaded guilty to a charge that on June 29, at Kingstown, he assaulted Fitz George, of New Montrose, causing actual bodily harm.

The court heard that George is a well-known cart operator around Kingstown who blows “a flute” while offering his service.

Samuel further told the court that on June 29, George had groceries in his cart and was blowing his “horn”.

When he passed the defendant, Francois got annoyed and asked George to stop blowing the horn.

George continued and Francois took a Guinness bottle and struck George on the left shoulder.

The bottle broke and George was injured.

He reported the matter to the police and Francois was arrested.

In mitigation, Francois told the court that he also pushes a cart but does not have a flute.

“What’s wrong with the flute?” the magistrate asked.

“It does annoy me,” Francois said, and apologised for hitting George.

Burnett commented that George’s blowing his horn might be a good thing, so that people would know that he is coming.

“We have to live and let live in this country. I don’t understand your behaviour,” Burnett further told Francois, adding that he can’t just get vex and hit someone.

Francois told the court he was willing to compensate George in the sum of EC$1,000.

Burnett told the man that he would grant him his wish.

Francois then said he could not pay the amount at once.

“I look at the medical form and you run the man blood. That is the point,” Burnett said, and ordered Francois to compensate George in the sum of EC$750.

The money is to be paid by Oct. 30, or Francois would have to spend two months in prison.

“But the man is going to do the same thing today or tomorrow,” the magistrate told Francois, of George.

Francois told the court that he is not a violent man, but had gotten annoyed on the day in question.