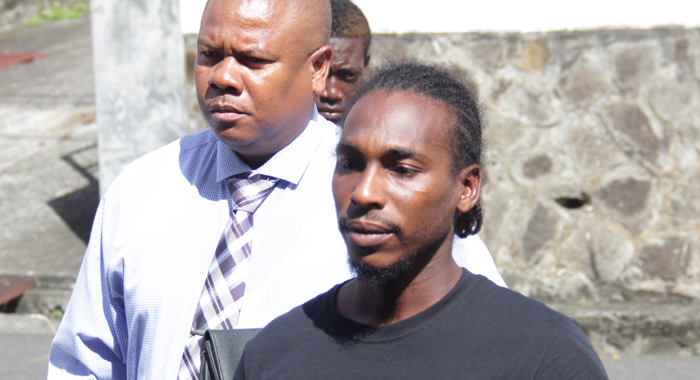 The Lower Questelles man who has been in hospital since being shot in the eye with a fish gun on Saturday is likely to be taken off life support today.

Prosecutor Assistant Superintendent of Police John Ballah made the disclosure at the Kingstown Magistrate’s Court, on Wednesday, as he objected to bail for Romando Bruce, 31, of Clare Valley.

Bruce was brought to court, charged that on Saturday, July 13, at Campden Park, he attempted to murder Philson King.

King, 36, originally of McKies Hill, was shot in the eye with a fish gun.

He is said to have pulled the spear from his eye, before falling unconscious shortly after being shot.

iWitness News was reliably informed that the man suffered significant damage to the brain, with the organ continuing to bleed, resulting in him being put on life support.

Ballah told the court that the prosecution was objecting to bail for Bruce, as medical professionals say they can do nothing further for King.

The prosecutor said that the family is likely to give the go-ahead for King to be taken off life support today.

iWitness News understands that King’s family is awaiting the arrival, from overseas, of one of his close relatives before giving the final go ahead.

Ballah asked that Bruce be remanded into custody and be ordered to appear before the Serious Offences Court on Monday.