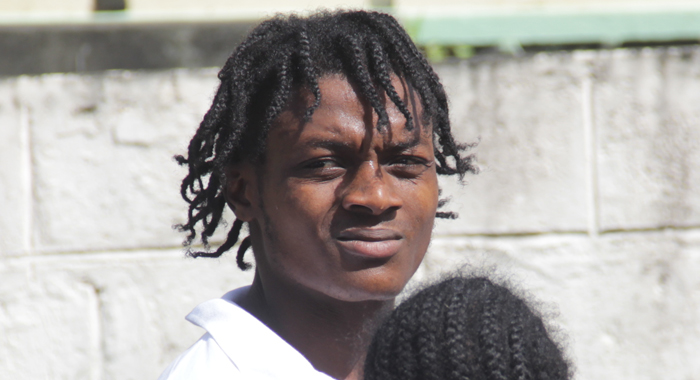 Clinton Cambridge is escorted to the Kingstown Magistrate’s Court on Wednesday. (iWN photo)

A 22-year-old Sion Hill man has been charged with last Sunday’s stabbing death of his father.

Clinton Cambridge appeared before the Kingstown Magistrate’s Court, on Wednesday, where he was charged with causing the death of Clint Miller-Boucher of Sion Hill, by an unlawful act.

Cambridge is alleged to have stabbed his 55-year-old father multiple times, resulting in his death.

Cambridge is said to have a history of mental health illness.

Prosecutor Assistant Superintendent of Police John Ballah asked that the matter be adjourned and transferred to the Serious Offences Court for Monday, when a date is expected to be set for a preliminary inquiry.

Cambridge was remanded in custody.

One reply on “Man charged with father’s murder”