Woman gets 7 years for role in ‘Dotcom’ killing 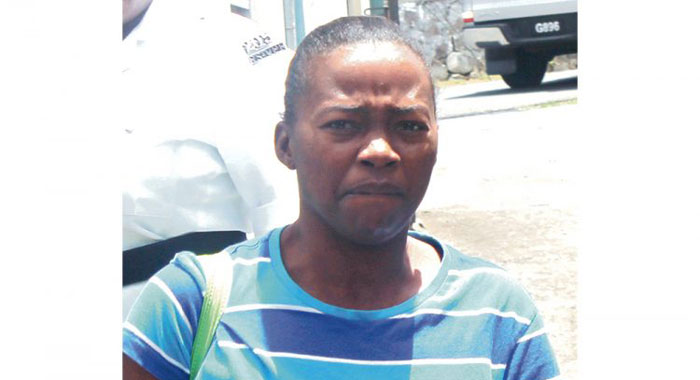 The woman who, in 2015, lured her boyfriend from his business place in Arnos Vale, to Walker Piece, New Montrose, where he was shot and killed, has been sentenced to an additional seven years in prison.

Justice Brian Cottle handed down the sentence on Laretta Richardson, 34, of Long Wall, on Friday, at the High Court in Kingstown.

He had begun with a notional sentence of 15 years, and was left with seven after he made subtractions for the mitigating factors, as well as the four years, one month and 19 days Richardson had spent on remand

Richardson was initially charged with murder in connection with the May 28, 2015 shooting death of Cameron “Dotcom” Primus, 38, manager of Tree House Bar, at Arnos Vale.

Sometime between 2 a.m. and 3 a.m., the next day, police responded to a report of gunshots in Walker Piece and met Primus dead in the taxi that he operated.

Residents said they heard voices, followed by three gunshots and a vehicle speeding away.

Primus’ vehicle was met in some bushes near the road. The door was open.

A condom and a condom wrapper were found on the floor of the vehicle.

Justice Cottle said she had abused Primus’ trust when she steered him to where she had indicated.

This, the judge said, resulted in the Primus sustaining three gunshot wounds to the head and neck areas.

In mitigation, counsel Patricia Marks-Minors told the court that her client has three children, ages 13, 9, and 7 and was a port police officer from 2004 to 2012, but remained unemployed after that.

The lawyer pointed out that Richardson has no previous convictions, is a good mother to her children and has expressed a desire to teach her children the lessons she has learned.