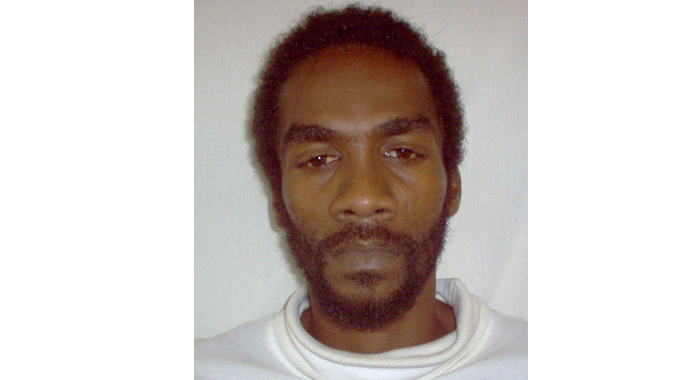 The man who was shot when he robbed popular businessman Philo “Phil” Moses, at his bar at the Central Market, in Kingstown, two years ago, will spend nine years in prison.

Kentish Williams, who is also known as Keith Williams, 39, was sentenced at the High Court in Kingstown on Friday.

However, when his trial began on July 1, Williams changed his plea to guilty.

About around 8:50 p.m. on the date of the crime, Moses was closing his bar when Williams approached him from behind, pointed a gun at him and demanded that he hand over his money.

Moses threw the money to the ground, and, as Williams bent to retrieve it, the businessman took up his licenced firearm and discharged two rounds at Williams, who fled the scene.

Moses then reported the incident to the police.

Later that night, police responded to a report that a man was lying at the side of the road outside Haddon Hotel, in McKies Hill, with what appeared to be a gunshot to the head.

The man was Williams and police found EC$885.35 on his person.

They took him to the Milton Cato Memorial Hospital, where he “slipped out” the next day and remained on the run for three weeks before being arrested.

He told police of his involvement in the robbery and was charged.

In mitigation, Williams, who had convictions for theft and possession of an unlicensed firearm, begged for leniency.

“I have two children on the outside and they miss their father.  I am sorry for what I have done. Have some lenience on me, my worship, I realise I did something wrong,” he told the court.

The court heard that Williams was adopted when he was 3 months old and discovered his biological relatives at the age of 9 years.

He later spent two and a half years at the Liberty Lodge Training Centre, home for at-risk boys, before leaving his adopted mother’s home at the age of 17.

“You have had many opportunities to turn your life around, to no avail,” Justice Brian Cottle said in handing down the sentence.

The judge further noted that Williams had committed the crime “a stone’s throw from this very court”, which is located across the street from the bar.

The judge began with a notional sentence of 15 years, which he increased by two years because of the aggravating features of the case.

He granted Williams the standard one-third discount for his early plea and subtracted the two years and two weeks that the man had spent on remand.