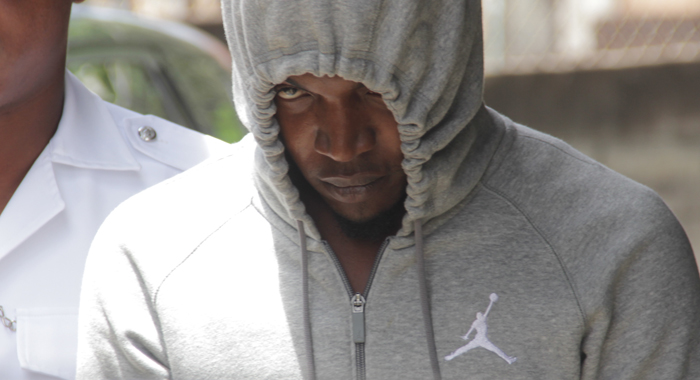 He is alleged to have had the drug in a suitcase while attempting to board a flight to Barbados at the Argyle International Airport last Sunday night, July 28.

Police have also charged him with possession of the drug for the purpose of drug trafficking and attempting to export the marijuana.

He pleaded not guilty to all charges when he appeared before Chief Magistrate Rechanne Browne at the Serious Offences Court on Monday.

The judge granted bail after hearing an application from Mullings’ lawyer, Grant Connell.

As part of the bail conditions, Mullings was ordered to surrender his travel documents and report to the Mesopotamia Police Station.

The court also ordered that stop notices be posted at ports of entry and exit.

On Monday, Prosecutor Crown Counsel Tammika McKenzie had objected to bail, arguing that Mullings was a non-national with no significant ties to St. Vincent and the Grenadines.

However, Connell, who had risen amicus on Mullings’ behalf, argued that being a non-national is not sufficient ground upon which to object to bail.

The lawyer argued that the value of the drug speaks to the seriousness of the offence.

He said that the drug lab takes up to six months to test marijuana and asked that Mullings be granted EC$6,000 bail.

The chief magistrate said that EC$60,000 cash bail might be more appropriate, but Connell argued that only about five families in SVG might be able to meet such a bail condition.