Teen charged with armed robbery of US medical student in Fountain 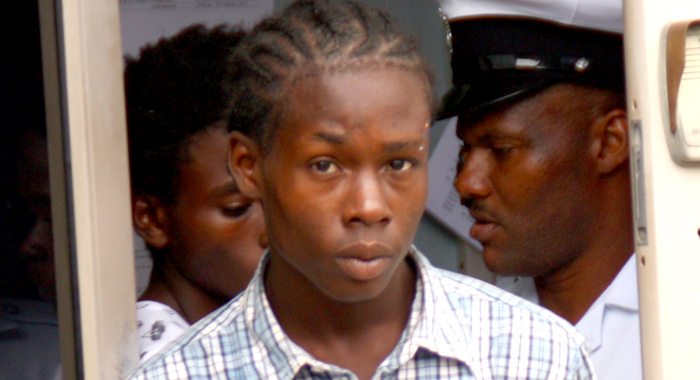 The accused, Atibon Campbell, seen her in a March 2017 iWN photo.

Police have arrested and charged an Arnos Vale teen in connection with Tuesday’s robbery and attempted robbery of two U.S. medical students in Fountain.

On Thursday, Atibon Campbell, 19, a labourer, was brought before the Kingstown Magistrate’s Court, where the charges were read to him.

He was not require to plead to the indictable charges and was granted EC$15,000 bail and was ordered to report to the Calliaqua Police Station on Mondays and Friday between 8 a.m. and 8 p.m.

The matter was transferred to the Serious Offences Court for Sept. 3.

The complainant in the robbery case, a resident of Arnos Vale who is originally from the United States, told police that someone, armed with a gun, robbed him of one black backpack, value US$50,containing one Asus laptop, value US$450, one Samsung Galaxy Note cellular phone value $800 and one brown wallet, value EC$25in cash, total value US$1,325 and EC$120 in cash.

The robbery occurred around 8:10 a.m. on Tuesday, Aug. 6 at Fountain Highway

In the attempted robbery case, police are alleging that Campbell, with intent to commit the offence of robbery did an act which is more than merely preparatory to the commission of the offence, by pointing a gun at the complainant, a female, at Fountain at 8:10 a.m. on Tuesday.