Trees — a gift of life 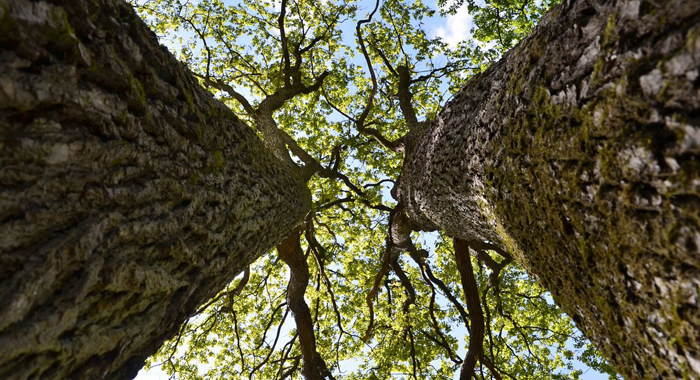 Trees are like the human heart that circulates blood throughout the body. Without it, we are “doomed”.

I would strongly recommend that the relevant authorities in St.vincent and the Grenadines explore the possibility of establishing cable rides in the forest for watching the various species of birds in their natural habitat. A reasonable fee can be charged to tourists and to locals to go on these rides. This would greatly enhance the tourism product that we offer and it would generate more income into the economy.

Deforestation is wreaking havoc on a lot of species around the world, putting them at risk of extinction. Do you remember the blue macaw bird better known as “blue” in the movie Rio? A CNN news article on Sept. 9, 2018 said the Brazilian bird is now extinct in the wild. The article further went on to state that deforestation is a leading cause of the macaw’s disappearance from its natural habitat and only 60- 80 macaws live in captivity.

Trees help to hold the soil firmly together and prevent soil erosion from wind and rain. In Haiti, deforestation is extremely high. Hence, when there is a storm or hurricane, a lot of soil erosion occurs, which destroys a lot of properties and loss of lives. According to the Food and Agriculture Organization (FAO), erosion affects over half of Haiti’s territory with 6% of the land, or 166,500 hectares is considered to be severely eroded. When hurricane sandy struck Haiti in 2012, it resulted in flooding, landslides, and extensive destruction of infrastructures and livelihoods.

Trees absorb carbon dioxide from the atmosphere, which helps to combat climate change. People are literally baking from heat waves as a result of climate change across the globe. A BBC News article on Aug. 5, 2019 stated that July of 2019 was the warmest month ever recorded worldwide.

The article went on to state that scientists say that it is the latest sign that earth is experiencing unprecedented warming. In July 2019, temperatures in Paris reached a record high of 46 degrees Celsius. In the UK, temperatures reach an all time high of 38.7 degrees Celsius. As a result of the warm temperatures experienced across the globe in July 2019, Greenland also lost 11 billion tonnes of ice in one day, equivalent to 4.4 million Olympic swimming pools. This is sad news for the entire world because all this ice is going into the ocean which is going to cause sea level to rise even further. Do you still believe that climate change is a hoax? And what are you going to do to reduce earth’s temperature?

A new study carried out by researchers at Swiss University and published in the Journal Science has calculated that restoring degraded Forests all over the world could capture about 205 billion tons of carbon in total. Ethiopia has broken a world record by planting 350 million trees in a day in July 2019. More countries across the world definitely need to follow in the direction of Ethiopia. Trees play a major role in attracting rain on planet earth. Trees give out water from the leaves during transpiration which rises in the air and form clouds which makes rain. More trees mean more rain.

Here are some tips for conserving forests around the world:

Nobody wants to go to hell when they die but if we are not careful we are turning planet earth into hell with all these heat waves and loss of biodiversity. Humans are the perpetrators for all these environmental issues we are experiencing in the world today from deforestation because we are not practicing conservation. Do some introspection and ask yourself this very important question: Is this the planet that you want to leave for future generations with all these environmental problems we are currently experiencing? It is not too late we can still make a difference. If each one of us was to plant at least one tree in our back yard or at our school it can bring about change. Trees should not be seen as an object that has no value in the environment but as a gift of life to help us solve some of the environmental issues we are experiencing around the world.