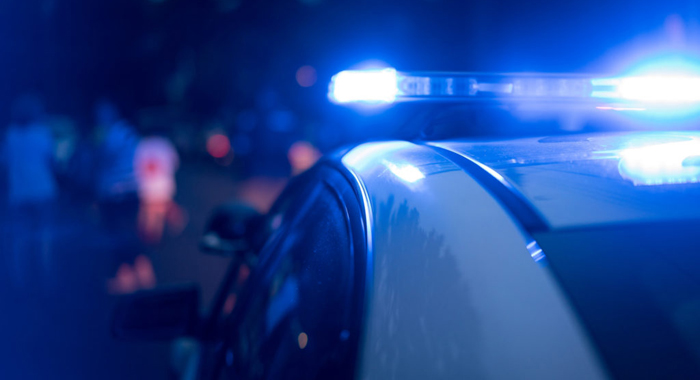 An 18-year-old student of Bishop’s College must pay the court EC$1,500 by Oct. 31 or spend six months in jail in connection with an incident in which he struck a pedestrian while driving without a licence.

Allier Johnson, of Rillan Hill, was brought before the Kingstown Magistrate’s Court on Friday, where he pleaded guilty to three charges.

He was charged that last Thursday, Aug. 8, at Buccament Bay, he drove motor vehicle PB31 without there being in force a policy of insurance regarding third-party risk.

He was also charged that on the same date and place, he drove the vehicle without being the holder of a driving permit.

The teen was further charged that he drove the vehicle without due care and attention.

The court heard that about 5:23 a.m. on Thursday, Johnson was driving PB31, a silver Noah belonging to Rosette Bennett of Rillan Hill.

He was driving the vehicle from Layou in the direction of Kingstown along the Buccament Bay Public road.

While travelling, the vehicle struck Nolly Patrick, of Buccament Bay, who was walking at the side of the road, on his right hand.

Patrick fell, was injured and reported the matter to the police.

Corporal Barker visited the scene and spoke to Johnson and Patrick.

He also noticed that the left mirror of the vehicle was damaged.

Johnson told the police officer that he was practising to drive, adding that as he was coming down the Buccament Bay Public Road, the windshield was fogging up and he couldn’t see.

The teen further told police that as he neared Patrick, a headlight shone on him and he pulled away but the mirror struck Patrick.

Johnson told the court that he will commence Form 5 in September and that he works at a bakery in Layou during the school holidays.

He further told the court that the driver of the vehicle was sick and they were running late so he decided to take a chance with the vehicle to go collect some stuff.

“I know it’s wrong but no one was there at the time,” the teen told the court.

Senior Magistrate Rickie Burnett told the teen that while he considered taking a chance, he should have also considered the possibility that he could have gotten into an accident and killed someone, which he said almost happened.

“We have become so lawless in this place,” Burnett said.

“I just can’t understand this type of behaviour and look at what happened. You almost killed somebody and this is likely to happen because you can’t drive,” the magistrate said.

He added: “But there is one law in this country; one for the young, the middle age, and the old. The parliament fixed the penalty and that penalty is for everybody eh, including you.”

He told the young man to sit and he would pass sentence at the end of the sitting.

However, before the sitting ended, Burnett ordered the youth to pay EC$500 for each charge by Oct. 31 or spend two months in jail on each count.

He further barred the youth from obtaining a licence for one year.