Tourism and the environment 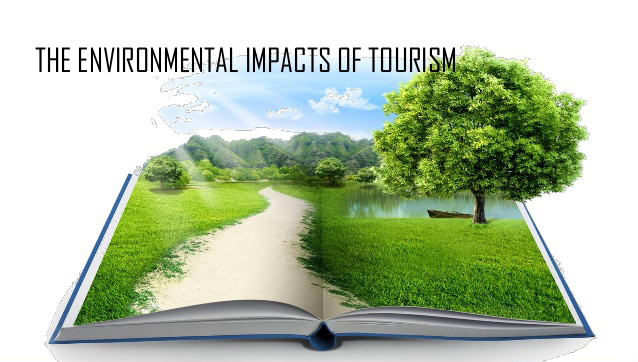 Too much of work and no play makes jack a dull boy. Hence, a little travelling is good. Travelling helps you to explore other countries and learn about their culture, meet new people, site see, and, most importantly, you get to spend some time away from your job to relief some stress. However, that vacation can turn into a nightmare for the environment.

Tourism is the backbone of many countries around the globe. The heavy influx of tourists the Caribbean receives each year can be destructive to the environment if measures are not put in place. The Caribbean has some of the most pristine beaches in the world, which attracts a lot of tourists. When tourists arrive at these beaches, a lot of sunscreen is used. Sunscreens that contain oxybenzone and octinoxate are harmful to coral reefs.

A study by Haerecticus Environmental Laboratory, a non profit scientific organisation, found that the chemicals in these two sunscreens cause bleaching, deformities, DNA damage, and ultimately death in coral reefs when they are washed off beachgoers or discharged into waste water treatment plants and deposited into bodies of water. These chemicals seep into young corals and contribute to “coral bleaching”. About 14,000 tonnes of sunscreen enters the world’s reefs each year, according to a 2015 paper published in the Journal Archieves of Environmental contamination and toxicology.

In addition to cigarette butts, single use plastics such as plastic bottles, plastic straws, plastic cups, plastic bags, etc., left on the beach are also harmful to marine animals and makes the beach “unsightly”. Tourism puts a lot of pressure on water resources.

For example, the construction of five star hotels usually come with golf courses and a lot of water is used on the lawn of these golf courses. Some cruise ships pollute the ocean. On Aug. 26, 2018, a cruise ship spilled 7,000 litres of liquid food waste in the Great Barrier Reef. The owners had to pay a fine of 2.1 million Australian dollars before the authorities release the vessel.

Tourism can also lead to the introduction of new species in a country, which can cause native species to go extinct. New species being introduced to a country can be “predators” to other species.

Here are some tips for mitigating the effects of tourism on the environment:

In the Caribbean, tourism contributes significantly to the gross domestic product (GDP). Tehrefore, a lot of the problems that come with this important industry can be overlooked for the “tourism dollar”. Sustainable tourism is required which would alleviate a lot of these issues.