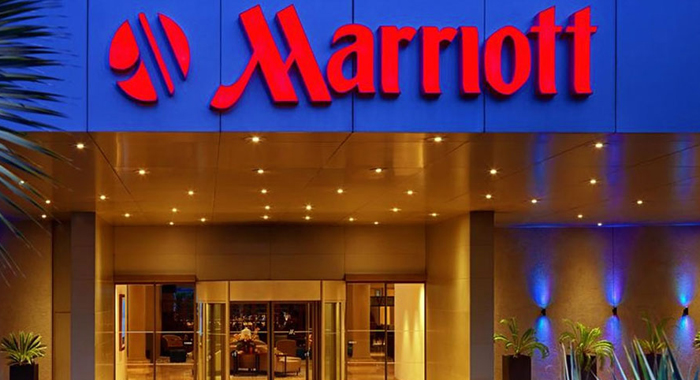 The 250-room hotel that the Government of St. Vincent and the Grenadines will build at Mt Wynne-Peters Hope will be branded and managed by Marriott

“Today, for the first time, I can announce the brand of the hotel at Mt Wynne and that brand, on the basis of an executed contact that took place a couple days ago, is the Marriott,” Minister of Finance, Camillo Gonsalves said in making the announcement at a press conference in Kingstown on Tuesday.

“The big four hotel brands in the world are the Wyndham, the Marriott, the Hilton and Intercontinental hotels. We will now have two of the big four, in Holiday Inn Express, as member of the InterContinental Hotels Group and the Marriott. And we are very proud of the fact that we have come to an agreement after a lengthy period of negotiation with the Marriott to have this hotel.”

The government will also build a 93-room airport hotel at Diamond, to be managed by Holiday Inn Express.

Gonsalves said that on Sept. 10, Marriott’s vice-president for international hotel development for the Caribbean and Latin America will come to SVG to have “a formal announcement and a little celebration for this monumental achievement”.

He said that vice president and representative of the three other hotel chains had visited SVG on the invitation of the government.

“We began negotiations with all of them and we determined which one’s vision most closely aligned with our vision, not only for Mt Wynne but for tourism in St. Vincent and the Grenadines more widely and the Marriott’s team has worked very closely with us,” Gonsalves said.

“They are very proud that they will be the first luxury brand on mainland St. Vincent and they are very proud to expand their presence into this part of the Caribbean.  You know there is a very large Marriott in St. Kitts and they have been looking for an opportunity to build a Marriott in this part of the region and we are very glad that our interests have aligned,” he told the media.

Gonsalves said the construction of the two state-owned hotels is part of “a larger renaissance” in hotel construction in St. Vincent.

He listed among the hotels that have either began construction or have been announced, Black Sands at Peters Hope  (400 rooms) and a 200-room US$60 million Royal Mill hotel to be built in Calliaqua by the private sector.

The minister said that work on Buccament Bay Resort, which has been closed since December 2016, will recommence shortly,

“…  and that’s not counting the good work being done by local hoteliers, you know that Beachcombers has added a new row of suites to the top of their hotel and other hotels, Hotel Alexandrina is expanding and the like.”

He said the preliminary designs have been approved and that soil testing is currently underway to ensure that the structural design fits properly on the soil with the drainage and all of those things.

“We are currently ahead of schedule in our design process for the Holiday Inn Express at Diamond,” Gonsalves said.