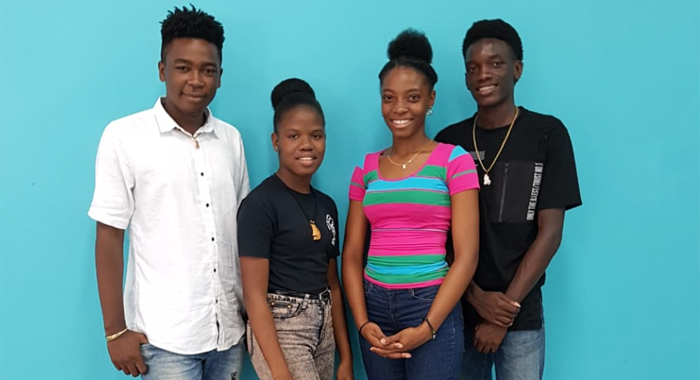 The principal and staff of the West St George Secondary School (WSGSS) in Belair are celebrating an unprecedented feat by its students in the 2019 CSEC performance.

The school obtained a 78.24% pass rate in the regional exams.

This percentage pass rate has ranked the 15-year-old school 8th among the secondary schools in St Vincent and the Grenadines, according to figures released by the Ministry of Education.

“Although it has been only 10 years since the West St George Secondary School started sending its students to sit CSEC, its results have placed it among the top 10 of the nations best performing schools. That is, the WSGSS has been ranked in the top ten for 50%, or half, of the time! Certainly, this is no fluke, or mere coincidence,” the school said in a press release.

The 2019 batch of students wrote the CSEC exams in 18 different subject areas. Seven (7) of these subjects had a pass rate of 100%.

Every student received a pass in at least one subject and four students passed eight subjects.

“The school is particularly happy that, for the first time, several students were able to pass general mathematics,” the statement said.

“This is a very big deal at this school,” principal Dianne Williams said. “Our students have suffered from some prolonged discrimination and stigma fanned by sections of the Vincentian population. This result is another indicator that our children and teachers work just as hard — and can achieve just as much — as any other secondary school in St. Vincent and the Grenadines.”