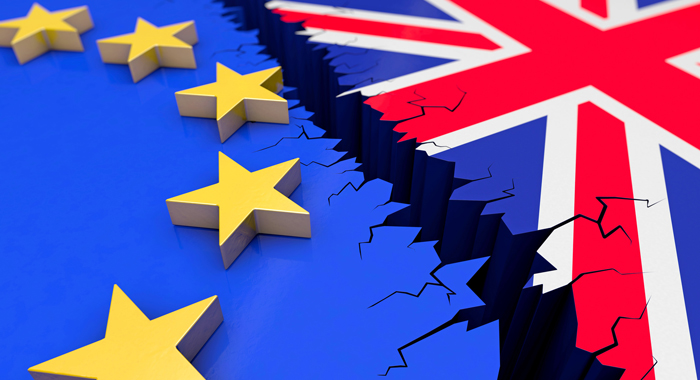 Since the majority of United Kingdom (UK) voters voted for their country to leave the European Union (EU), I have watched with keen interest at the ensuing political and economic developments there. Politically, Brexit has already accounted for the political careers of both former Prime Ministers David Cameron and Theresa May. It has also ushered into office Boris Johnson, one of the foremost architects and advocates of Brexit whose insistence on leaving the EU even in the context of a “no deal”, threatens to stir up a parliamentary rebellion against him along multi-party lines. Economically, many experts have predicted that Brexit will harm economic growth in the UK due to changes in migration, foreign investment and trade among other factors. Essentially, the result of the UK referendum on exiting the EU has created strong political and economic headwinds, which are already having and will continue to have ripple effects far beyond the UK.

Writing in the Washington Post in March this year, Fareed Zakaria, a CNN host, renowned journalist and political scientist, said that Brexit will mark the end of Britain’s role as a great power. This is the first cautionary tale I wish to highlight, and it emanates from a school of thought that suggests that the UK is stronger within the EU than outside. As a member of the EU, the UK enjoys access to an almost seamless market of over 500 million people and it has access to the EU’s vast political resources, which are often projected, around the world. Outside of the EU, the UK stands alone and will be in a disadvantageous position in navigating complex relationships with the US on trade and with other countries such as China and Russia as it relates to setting the global agenda.

While the UK is likely to be weaker outside of the EU, the reverse is also true since the UK stands alongside France and Germany as the three most economically and politically powerful countries within the EU. Without the UK, the EU will lose a significant military power, a large and vibrant economy as well as a major contributor to the EU’s budget. The broader implications of this are two-fold. First, there is the potential loss of influence with respect to the EU’s foreign and security policy. Second, Brexit also has the potential to embolden euro-sceptics in other parts of Europe and this can cause even more fractures within the EU. Of course, given the chaotic nature of the Brexit process to date, this may nonetheless serve as a disincentive for other factions thinking of an EU divorce.

Notwithstanding the foregoing, the major cautionary tale I want to focus on is the message that the Brexit referendum result has sent to policy elites, free-market proponents and business and political leaders around the world. The EU has long been an advocate of open markets for the free flow of capital, goods and services. As an economic and political bloc, the EU itself has morphed into an entity that guarantees freedom of movement for people, goods, services and capital. In absolute terms, EU citizens are better off because these freedoms have generally improved the quality of life for millions of them. However, there are also a large enough number of people who have felt disaffected by deeper EU integration. In the UK for example, some nationals expressed concern about the billions of dollars of their tax dollars that were being spent on the EU whilst certain public services and public infrastructure were falling apart. In a post-referendum survey conducted by two UK non-profit entities — UK in a changing Europe, a think-tank, and the Joseph Rowntree Foundation, a charity, persons in mainly low income and deprived areas  — indicated that they simply were not coping against the backdrop of low-paid and insecure jobs, rising levels of violent crime and government austerity. For many of those surveyed, voting for Brexit was their way of demanding attention from the business leaders, policy elites and the political establishment in London.

Unfortunately for the UK, its class of elites did not pay attention to the marginalised groups and the country is now on a path of great political and economic uncertainty. Elsewhere in Europe, elites would be wise to listen to the voices of those who have an overwhelming feeling that the system is rigged against them. Of course, the problem is deeper than this because both the UK and the EU must confront toxic nationalism and xenophobia, which are also creating fissures in their societies.

Finally, I remain convinced that should the UK proceed in exiting the EU as it is widely expected to do, both parties will be worse off. In a worst-case scenario, if there is no deal, the UK, in particular, will have to face higher regulatory, trade and economic barriers in doing business with the EU which will place its businesses at a disadvantage against the much larger EU bloc. Furthermore, Brexit will leave both the EU and the UK facing an uncertain world where their place in it cannot be taken as given. In a subsequent article, I will expand on the implications of Brexit for the Caribbean region.

(Joel Richards works in the field of international trade and development. He is currently based in Europe.)