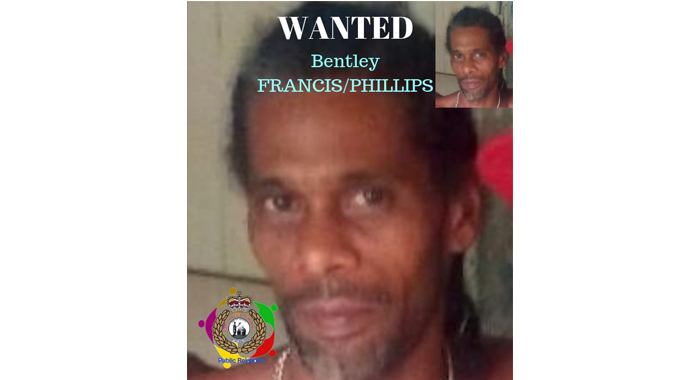 The Rillan Hill man for whom police issued a wanted bulletin on Monday has been detained in Grenada.

Police said Tuesday that Bentley Francis/Phillips is now awaiting deportation to St. Vincent and the Grenadines.

“We would like to thank the general public for their usual cooperation, as we partner in the fight against crime,” police in Kingstown said.

Police said on Monday that Francis/Phillips was wanted in connection with a series of sexual offences in the South Leeward village between 2018 and 2019.

iWitness News understands that Francis/Phillips is wanted in connection with an investigation into a case in which a minor was impregnated.