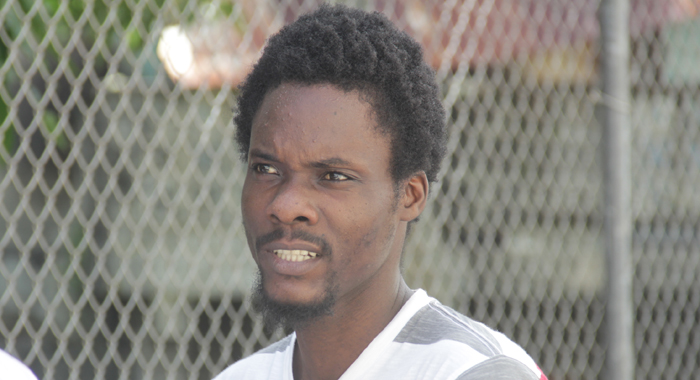 The charge against a man who allegedly entered, at midnight, with two cutlasses, a house where a woman was sleeping with her teenaged daughters, ended as the woman refused to attend court.

The aggravated burglary charge against Kendall Moses, of Rillan Hill, ended on Monday, at the Serious Offences Court, after May Primus, the complainant, refused to attend court.

However, as Moses was discharged before the commencement of a preliminary inquiry, the prosecution can bring back the charge at a later date.

Police Constable Marcus John told the court that when he went to serve the summons on Primus the previous Friday, Sept. 6, she told him she would not be attending the hearing.

John further told the court that Primus said the authorities could do with Moses as they see fit.

Moses was arraigned on Nov. 12, 2018, on a charge that on Nov. 7, at Rillan Hill, he entered Primus’ dwelling house as a trespasser and at the time he had with him weapons of offence, to wit, two cutlasses.

The alleged crime reportedly occurred sometime after 1 a.m. at a house where Primus lives with two teenaged daughters.

Moses was not required to plea to the indictable offence and had been granted bail in the sum of EC$3,500 with one surety.

The matter had been adjourned to Feb. 12, 2019 for a preliminary inquiry.

However, that preliminary inquiry was adjourned more than once, including on one occasion when the relevant authorities did not bring Moses to court as they were not sure at which of the nation’s two prisons he was being housed.

Since his arraignment, Moses was made to serve a sentence after failing to pay compensation in connection to a cutlass attack on a Rillan Hill man, a joint charge involving two other persons.

Also, last November, at the Kingstown Magistrate’s Court, in a third case, Moses saw the guilty plea he had entered on a wounding charge vacated after he challenged the facts presented by the prosecution.

He had pleaded guilty, at the Serious Offences Court, to a charge that on Sept. 4, 2018, at Rillan Hill, he unlawfully and maliciously wounded fellow villager, Philroy Shallow.

While Moses admitted that he struck Shallow in the face with a rum bottle, he said he had done so because Shallow had accosted him.

On this charge, he was granted EC$1,500 bail and ordered to have no contact with the virtual complainant.

He was ordered to report to the Questelles Police Station on Mondays between 6 a.m. and 6 p.m.

The matter was transferred to the Kingstown Magistrate’s Court for hearing on Jan. 7, 2019.

However, the Kingstown Magistrate’s Court never sat this year June, and has been closed since Sept. 3, as Senior Magistrate Rickie Burnett has been appointed to act as High Court master.

No magistrate was appointed when Burnett first acted as a master from January to June of this year, and it is not clear if any would be appointed for the next three months, when he would be at the High Court.