Robert Mugabe, a history of wounds 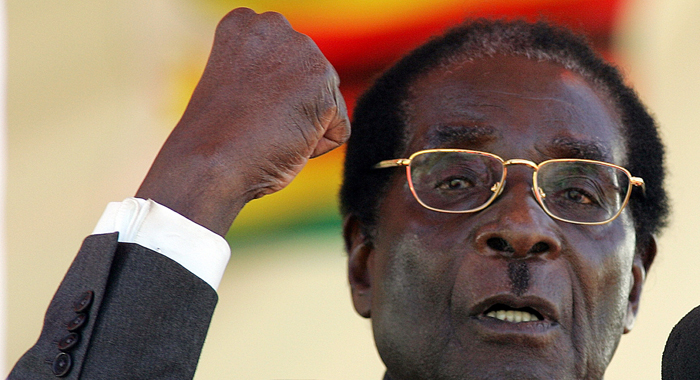 Mugabe is a hate figure in the West, especially in Britain, where the political right had such important family, economic and political connections to white-minority Rhodesia. And he did his own memory no favours: he was a man with very serious flaws, whose government was marked by episodes of state violence and many authoritarian mutilations of Zimbabwe’s democracy. But while the word “dictator” is bandied about, he was not a dictator: Zimbabwe retained elections, opposition parties and an opposition press, a surprisingly independent judiciary, and in fact the preservation of white capital’s ownership of most of the economy. Mugabe deserves to be examined with more care than he seems to be. For what we have here is not just a man but a document of 20th century history: his achievements and failures were the products of historical forces which he was only partly the master of.

Immediately after independence in 1980, there seemed every reason to applaud Mugabe’s efforts. Here was the poor Shona boy who had made it to Fort Hare University, had spent a decade in grim imprisonment, then had led a war of liberation which he had won. Mugabe appeared to have managed a peaceful transition from the terror of the white minority regime in Rhodesia to a democracy in which significant new initiatives in education and healthcare were accompanied by economic growth. The Zimbabwe army was helping Mozambique fight the Renamo terrorists who had been created by South Africa and the CIA. Zimbabwe’s success was clearly strengthening the pressure on apartheid South Africa.

Few people knew that by 1983, Mugabe’s 5th Brigade were conducting a murderous crushing of a revolt in Matebeleland which resulted in the deaths of 10,000-20,000 people. What is interesting is that the Western states and media were quite silent at the time about this early dark turn. So long as he kept the white minority and their property safe, Western governments didn’t really care. The British, however, did not keep their side of the bargain. At the Lancaster House negotiations, it had been agreed that the British government would provide the funds which would allow for white farmers to be bought out to allow land reform.

For people who had suffered immensely in the liberation war to find themselves as poor as before, created great discontent. Mugabe tried to get land reform going with state revenues, on the willing buyer willing seller model. But nothing worked. In the 1990s it was still true that 1% of the population, almost all white, owned 70% of the arable land. That’s when he decided to take the step of encouraging people to squat on white owned farmland. By 2000, the state was encouraging reverse land grabs. It is in that late 1990s moment that the IMF decided to squeeze Zimbabwe, and he became the “African Hitler” of the establishment media. The people in Britain who had fervently backed white minority Rhodesia now became very concerned about the fate of democracy in Zimbabwe.

This 1990s and early 2000s period was accompanied by high levels of violence of all kinds, and a collapse of the economy. Trade unions and demonstrations met state repression. Opposition politicians were harassed.

Ndebele Zimbabweans felt this was a Shona-biased government, while White and Asian Zimbabweans were made to feel unsafe, and to have their membership in the nation brought into question. At the same time, the political elite appeared to be living well, through their access to the state, and there was the rumour of corruption.

How are we to make sense of this collapse of the promise of the moment of Zimbabwe’s independence?

First, we need to understand that political independence and democracy means nothing if it is accompanied by extraordinary economic inequality. The land and inequality crisis in Zimbabwe has its partners in every postcolonial country, in particular in Africa, where independence in Kenya and the end of apartheid in South Africa left almost unchanged the structure of wealth and poverty created by white supremacist regimes. This is why there remains across Africa, and indeed in the wider African diaspora, great compassion, if not even in many quarters outright support, for what Mugabe was trying to do, in his chaotic and often violent way.

Second, we need to take stock of the legacies of 100 years of violence and undemocracy in Rhodesia.

The 1990s turn in Mugabe’s policy was undoubtedly provoked by memory of the 1890s uprising which was crushed with extraordinary brutality by Cecil Rhodes’s British South Africa company troops. That 1890s defeat led to the first land grab by White farmers. And it was not just the violence of conquest, colonial power and the farming economy was accompanied by extraordinary private physical violence. Beatings of blacks were a standard part of ordinary life. Its result was an economic deprivation, extreme poverty and hunger. Those who know deprivation early in their lives will spend the rest of it seeking compensations.

Apart from this physical violence, we need to take stock of the psychic violence of white supremacy — it is said that Mugabe hated reggae and only valued western classical music — but in this I am reminded of Marcus Garvey’s refusal of jazz and Eric Williams’s contempt for carnival, we should not forget how even the anticolonial leader was formed by the colonial experience, by a culture of contempt and self-contempt, which could only be conquered by wearing a suit, acquiring first hand taste of “high culture” and showing you were the civilised match of the white man.

Mugabe’s life, which bore all these invisible wounds, was knotted by scar tissue which stiffened him and made his movement through the world awkward. That Mugabe, with all his horrors, we bury with regret and compassion, to be absorbed by Zimbabwe’s future history. May he in death be healed, or at least separated from that experience of pain and mutilation. But there is another Mugabe, the little boy who said to himself this is not fair, this is not right, I will fight, whatever the cost, we will demand freedom and justice. That Mugabe who lent his help to the making of freedom in Angola, Namibia and South Africa. That brave big-hearted man is an object of great interest to me. For his courage is shared by many, even are many of his wounds and scars. Mugabe is in no simple way a hero, but there was much heroic about the man.

13 replies on “Robert Mugabe, a history of wounds”