Repeat burglar says he deals in weed, not theft 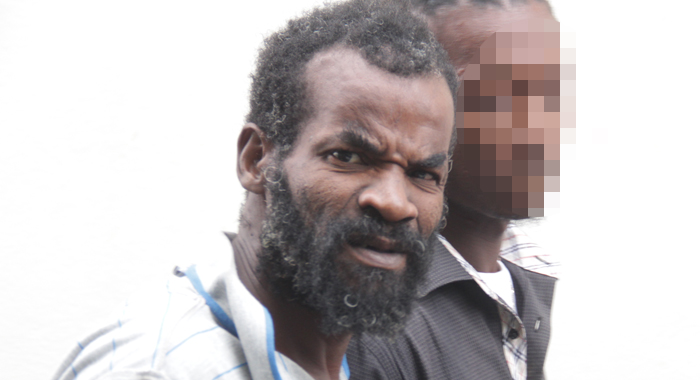 A burglar who stole three passports from a Paul Over home said he did so because the owner owed him money, but had no explanation for a similar crime on a Mt. Pleasant house.

On Monday, at the Serious Offences Court in Kingstown, Chief Magistrate Rechanne Browne fined the burglar, Ronald Christopher Dasent, EC$1,000 for the Paul Over burglary.

She ordered the 39-year-old Mt. Pleasant man to pay the money forthwith or spend three months in prison.

The chief magistrate further ordered that Dasent be remanded in custody until Tuesday for sentencing on the other burglary charge.

But the chief magistrate also ordered Dasent to pay the court EC$400 forthwith for possession of 288 grammes (0.6lb) of cannabis or go to jail for four months.

She will also, on Tuesday, address bail in connection with a third burglary charge brought against Dasent, to which he pleaded not guilty.

Dasent pleaded guilty to a charge that last Friday, Sept. 13, at Paul Over, he entered the dwelling house of Elford Duncan, of Paul Over, as a trespasser and stole two St. Vincent and the Grenadines (SVG) passports, value EC$330, and one United States passport, value US$145 — Duncan’s property.

He also pleaded guilty on a charge that last Friday, at Sion Hill, he had 288 grammes of cannabis in his possession, with intent to supply it to another.

In relation to the Paul Over burglary, the court heard that the virtual complainant, McAntony Kirby left his home around 6:45 p.m. for the Milton Cato Memorial Hospital, returning around 9:10 p.m. that same night.

When Kirby got home, he met a window open and his bedroom ransacked.

He made checks which uncovered that the passports, which belong to Duncan, the owner of the house, who was warded at the hospital, were missing.

Meanwhile, that same night, Police Constable 843 King was among a party of Narcotics officers on mobile patrol duty when she saw Dasent in Sion Hill.

King knew that Dasent was wanted in connection with a number of burglaries and informed him of this.

She conducted a search on his person and found the drugs.

Dasent told the officer, “Ah small hustle me a try mek. Me a try sell it to ah pardner (friend).”

That same Friday night, police from the Narcotics Unit arrived with Dasent at the Criminal Investigation Department, in Kingstown, while Kirby was still at the department reporting the burglary.

Kirby was able to identify the passports as those missing from the house.

In mitigation, Dasent said he had done some work for Duncan and he had refused to pay him, so he stole the passport to prevent the man from leaving the country.

He said he took a ladder and entered the house and stole the passports.

The defendant further told the court that he deals with marijuana and is not a burglar.

He further commended King for her work on the case, saying that she is not an officer that he had heard of before, but when he saw the facts she had compiled in connection with the case, he decided to present them to the court himself.

The prosecutor, a former detective inspector of police, encouraged King to continue to do good policing, telling her that when she does well he would say so as well as when she does less than well.

In relation to Dasent, Delplesche said that the man had said that he deals in marijuana and is not a burglar, but four of his seven convictions were for burglary, while only one was for drug possession.

In relation to the burglary at Tesheira’s house, the court heard that the complainant was in the living room of her three-bedroom dwelling house about 3:20 p.m., while all of the windows of the house were open, and all the doors locked.

About 5:15 p.m., she went into her bedroom and found that it was ransacked and the items described in the complaint were missing.

Last Saturday, Sept. 14, about 12:40 p.m. Dasent was at the Mesopotamia Police Station, when the Police Constable James informed him of the report of burglary at Tesheira’s house.

In the presence of a justice of the peace, Dasent admitted to the crime and volunteered to take police to an area called “Farm”, where he said he had hidden the stolen items.

However, nothing was found there.

Delplesche told the court that Tesheira had conducted her own investigation and was able to recover four bags, all of the cards, and the black and silver watch, all of which are in good order.

Dasent told the court he had nothing to say about the crime he had committed at Tesheira’s house.

The senior prosecutor asked the defendant if he drinks, and he said he has nervous breakdowns.

One reply on “Repeat burglar says he deals in weed, not theft”