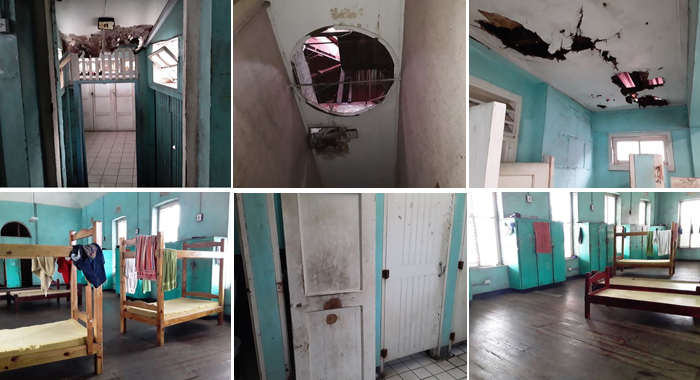 Police officers stationed at the Central Police Station, in Kingstown, have to live in far from favourable conditions, as evidenced by the photos in this post.

On Tuesday, a source sent to iWitness News these photos of the conditions at the police headquarters.

Since coming to office in March 2001, the Ralph Gonsalves Unity Labour Party administration has improved the conditions at many of the nation’s police stations.

In some instances, the government has constructed modern building to replace police station that had fallen into disrepair.

However, after almost two decades, that attention has not reached the nation’s police headquarters.