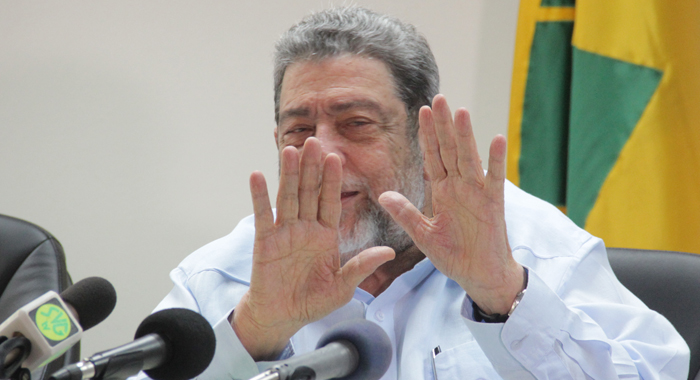 The government of St. Vincent and the Grenadines has assigned Karen Duncan-Gonsalves, a senior litigation person in the Attorney General’s Chamber to respond to the legal challenge to the nation’s buggery law, which comes up before the court on Wednesday (today).

Counsel Jomo Thomas, whose chamber filed the legal challenge, told iWitness News on Tuesday that Wednesday’s hearing would be for case management as the court is not returning from its annual vacation.

Responding to questions at a press conference in Kingstown on Tuesday, Prime Minister Ralph Gonsalves, who is also Minister of Legal Affairs, noted that the nation’s buggery and indecency laws date back to its colonial past.

Gonsalves, who is also a lawyer, further pointed out that the once a law is passed, it is presumed to be constitutional until it is overturned.

“So I suspect that the attorney general will seek to help the court with all of those technical, legal issues. It is not a combative thing…” he said.

Gonsalves said he has not given any instruction to the attorney general Jaundy Martin “to fight to the death A, B, or C points”.

“That’s not my role. The court has to be helped for the court, in its own judgement, to come to a conclusion,” he said.

Johnson and Macleish assert that these laws strip their dignity and autonomy.

They have filed claims with affidavits stating that they have been exiled from SVG due to the severely draconian and damaging effects of these laws.

Gonsalves said that in the face of the legal challenge, some persons have suggested that his government amend the laws to decriminalise same-sex activity among consenting adults in private.

He said others have suggested that the government leave the law as is and allow the court to pronounce on them.

The prime minister further said he is unsure what all the dimensions of the matter are that the claimants would address.

“But, like everybody else, I would await the judgement of the court,” he said, even as he noted that the courts have ruled unconstitutional similar laws in Belize and Trinidad and Tobago, which also faced the same legal challenge.

The prime minster said he has read the judgement from Belize and a summary of the judgment from Trinidad, having been told that the one from Belize was more comprehensive.

Gonsalves said that as he understands the matter, the nub of the case is that same-sex activity in private is in breach of one’s right to privacy, at least.

He said that on these matters the attorney general would not take a position of defending it to the end, but would say that he has heard the issues and wants to help the court to deal with the matter.

Asked how much of a good chance he thinks his government stands of winning the case, the noted prime minister said that the attorney general is joined in the case because the law requires that if a criminal statute is being challenge on the basis that it is unconstitutional, the attorney general is the office that has to be joined.

In July, Leader of the Opposition Godwin Friday noted the right of persons to challenge the laws that criminalise buggery in SVG.

“It’s not unexpected because this is something that has been done in other parts of the Caribbean as well,” said Friday, who is also a lawyer.

“The matter is in the court so I am not going to get too much into it. Just to say that the application that has been made to the court, that is the right of anyone to apply to the court if they feel their rights have been violated and the process will work its way through.”

Friday, also commented on the general issues of same-sex relations, saying, “it is a very contentious matter publicly in St. Vincent and the Grenadines and the Caribbean.

“And what has happened in societies all over the world is that these laws and these practices, attitudes change over time and each society has to move along at its own pace,” the opposition leader said.