India to provide millions of dollars in aid to CARICOM countries 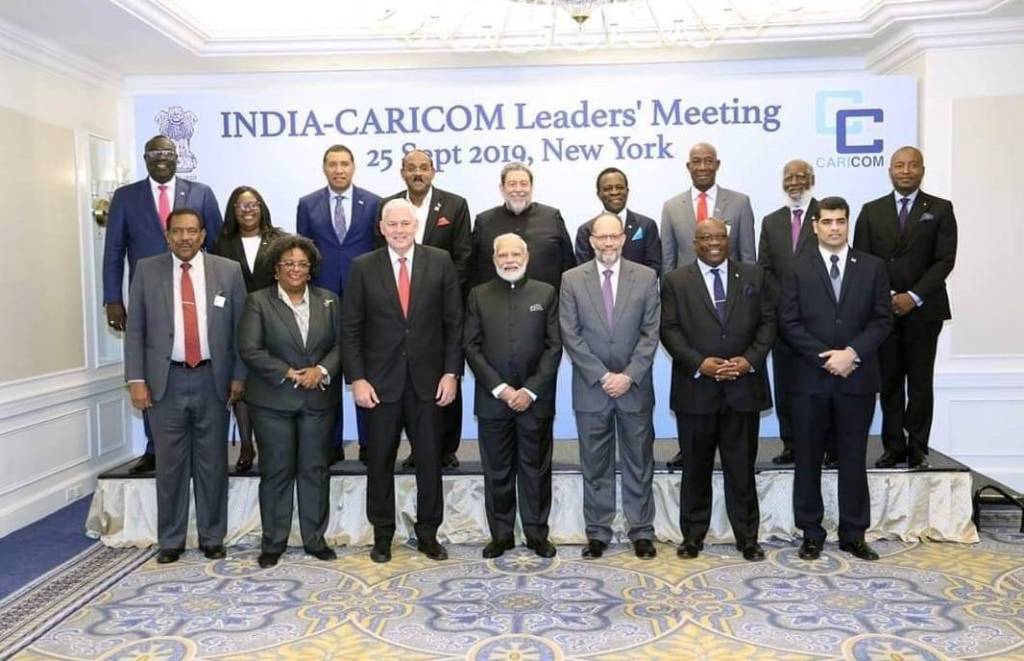 NEW YORK (CMC) —India is providing a US$150 million line of credit to finance renewable energy and climate change-related projects in the Caribbean Community (CARICOM), according to a statement issued by the St Kitts-Nevis government.

The statement follows Wednesday’s historic summit between India and the 15-member CARICOM grouping that was aimed at deepening the political cooperation among the various stakeholders.

CARICOM leaders as well as foreign ministers, who are attending the 74th session of the United Nations General Assembly (UNGA), met with India’s Prime Minister Narendra Modi in the first-ever CARICOM-India summit and according to the statement, New Delhi is also making available a US$14-million grant for “quick impact” community development projects within CARICOM.

“Additionally, the Prime Minister of India announced the establishment of the Regional Centre for Excellence in Information Technology in Guyana and the Regional Vocational Training Centre in Belize, which are upgrades to the existing India-funded centres in those two countries.

“Coming out of the meeting, a joint task force will be created to map the way forward in deepening relations between CARICOM and India on bilateral and regional matters,” the St. Kitts-Nevis government statement said.

Meanwhile, a statement issued by the Office of the Prime Minister in Trinidad and Tobago, said that the CARICOM leaders and Prime Minister Modi, focused on several areas of priority which were identified for deeper cooperation between both sides.

It said among the areas selected for attention are funding for resilience against climate change, human resource development, strengthening technical capacity, health and education.

Prior to the meeting, the Guyana-based CARICOM Secretariat had said that CARICOM-India rationalises cooperation through a Joint Commission which was established by foreign ministers of the two parties.

It said the Commission promotes and develops closer relations between the parties in political, economic, environmental, health, scientific, and technical fields,” according to a statement issued by the Guyana-based CARICOM Secretariat.

According to official figures, between the period April 2018-March 2019, India’s trade with CARICOM was pegged at US$674.32 million and Indian officials believe immense opportunities exist for CARICOM and India to further enhance bilateral trade in areas such as agriculture and food security, health and pharmaceuticals, small and medium enterprises, marine development and oceanography and disaster management.