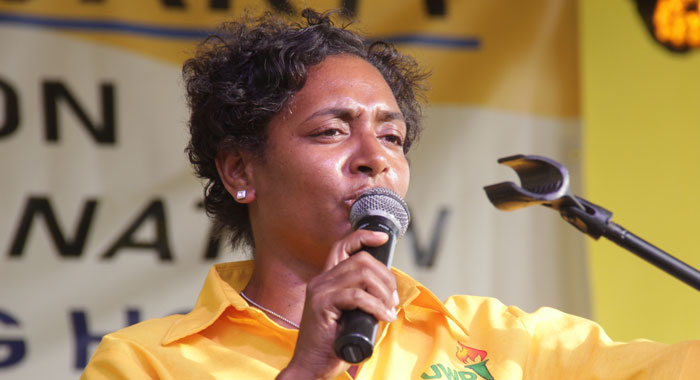 An official of the ruling party in St. Lucia has told supporters of the main opposition New Democratic Party (NDP) in St. Vincent and the Grenadines (SVG) that a citizenship by investment (CBI) programme is a worthwhile income stream.

SVG remains the only independent nation within the Organisation of Eastern Caribbean States without a CBI programme, as the ruling Unity Labour Party has dismissed it as selling passports.

But the NDP says that, if voted into office, it will implement such a programme in SVG.

Addressing the NDP’s 41st convention rally in Arnos Vale on Sunday, Nancy Charles, deputy chair of the ruling United Workers Party in St. Lucia, said that Castries’ CBI programme is being used to fund developmental projects and programmes across her country.

“I have been hearing a lot of rumours and myths and misconceptions about the citizen by investment programme.  I have never heard so much nonsense in my life; that people want you to believe that people will just go and your leaders will just go and take your passport and just sell it to people. Rubbish!” she said.

Charles, who is also director of implementation in the office of the prime minister in St. Lucia, encouraged NDP supporters to embrace CBI.

“Because we cannot continue to do things the same way that we have been doing it over and over again and expect a different result. Change is here, my people.”

She said that, in St. Lucia, the then ruling Labour Party administration implemented the CBI programme in 2015 but was unable to attract a single investor.

“But as it is with Labour, the only thing they can be is be pregnant. They cannot deliver, they’re always in labour pain,” she said.

She said the Labour administration was unable to attract any investor because of a lack of confidence in the government.

Charles said that her government used the money for the commencement of a new national hospital, marketing St. Lucia as a tourism destination, and the national apprenticeship programme that trains young people and gives them a skill so that they can help themselves.

Charles said that a CBI programme could make SVG more attractive to investors.
“Where is the new development in St. Vincent and the Grenadines? Where are the new investors? How do you expect them to come? You must have something that attracts them and so your government will never ever go out there and have a shop or boutique and sell passports,” she said.

“Your government will ensure that reputable, credible people who have money and they want to invest can come to St. Vincent and the Grenadines. They will have a stake in your country, they will put their money where their mouth is, and they can become citizens of your great country and, in the end, you will benefit from the jobs and investment that the citizens by investment programme can bring to St. Vincent and the Grenadines,” Charles said.