‘We failed the country’ — prison chief 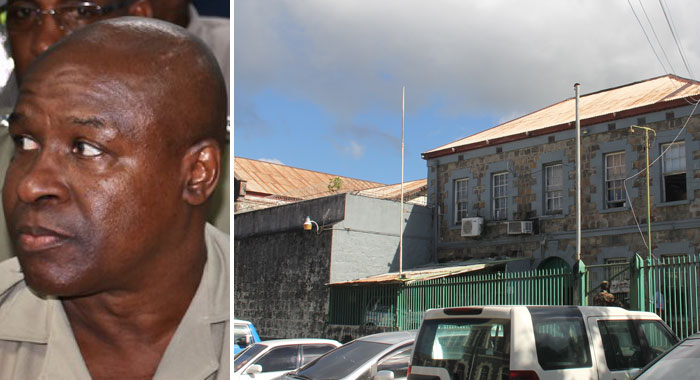 Superintendent of Prisons, Brenton Charles, left, and a section of Her Majesty’s Prisons, right. (File photos)

Superintendent of Prisons Brenton Charles, on Thursday, told iWitness News that the prison service “failed the country and we created a lot of panic” when accused murderer Veron Primus, 32, escaped overnight Monday.

“The comment that I will make is that that was a very unfortunate, embarrassing moment for the prison service and for me particularly,” Charles told iWitness News via telephone.

“I think we let down the state, we failed in what we should have done. The state expects us to keep persons who the court sent here. We failed the country and we created a lot of panic and that sort of thing.

“I just have to continually apologise to the public for what we caused and give them the assurance that sort of embarrassment will not take place again,” the prison chief said.

Charles said that the detail of how Primus was able to escape is a matter that is under police investigation.

“I wouldn’t want to comment on that at this point in time,” he said.

He further confirmed that four prison officers were in custody trying to assist police with their investigation into the prison break.

“But there are no charges or anything laid against anyone,” Charles told iWitness News in the interview around 4 p.m.

Charles sought to reassure the Vincentian public that there would not be a recurrence of the development.

“I am putting everything in place to ensure that we do not have a recurrence of this sort of thing; keep encouraging the staff to keep our security protocol intact and do their checking, to be as vigilant as they can be at all times to make sure that this doesn’t happen again.”

Charles said that Primus was still being held at the prison in Kingstown.

“We are considering some other options now. Maybe by tomorrow we might have those properly nailed down and executed,” Charles said.

The accused murderer appeared before the chief magistrate at the Serious Offences Court in Kingstown where he pleaded guilty to a charge that between Sept. 30 and Oct. 1, 2019, at Kingstown, while being held on remand at Her Majesty’s Prisons, he did escape such lawful custody.

The offence carries a maximum sentence of three years in prison and after considering the aggravating and mitigating features of the prison break, the magistrate came up with a sentence of 22 months.

Primus received the one-third discount accorded to persons to plead guilty at the first opportunity.

According to the facts presented by the prosecution, Primus was in his cell when there was a change of shift at the prison at 11 p.m. Monday.

The shift changed again at 7 a.m. Tuesday, and Primus was unaccounted for at 10 a.m., the prosecution told the court, without commenting on the prisoner’s status at 7 a.m.

Primus returned to custody around 2:30 p.m. Tuesday after calling his court-appointed lawyer, Jomo Thomas, telling him he was at the Grammar School Playing Field in Richmond Hill, about a mile away from the prison.

Thomas escorted Primus back into custody.

10 replies on “‘We failed the country’ — prison chief”