The crisis of the bee population globally 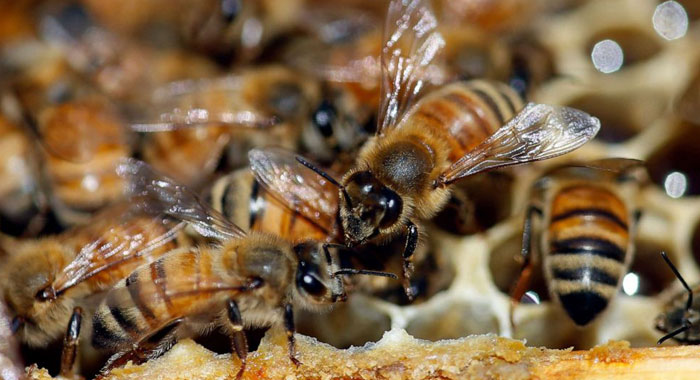 John: Dave, can you bring me a pair of gloves? I am going in the garden to plant some cabbage.

Dave: Dad, where do you keep the gloves?

John: They are in the tool box in the garage.

Dave: Dad, couple years ago, the garden use to be noisy with the buzzing sounds of bees, and they use to be flying from flowers to flowers, where have all the bees gone?

Bees are one of the hardest working insects. In some cases, they work much harder than a lot of humans. They work very hard to give us honey, and to feed the world’s population. Without bees, honey would not exist, and there would be a shortage of food globally, which would also cause food prices to be high.

Honey is very healthy. It reduces cough and throat irritation, improves memory, boosts energy, and it contains vitamins and minerals. Bees are crucial for pollination to occur. A May 20, 2018 Food and Agricultural Organization report states that more than 75% of the world’s food crops rely to some extent on pollination for yield and quality.

Although bees are important pollinators, they are under threat from pesticides, climate change, habitat loss, pest and diseases.

CNN, in a March 20, 2017 article says that between April 2015 and April 2016, beekeepers in the United States lost 44% of their colonies and in the UK, beekeepers reported losses of almost 17%. The article further states that in the UK, bees contribute 651million pound sterling to the UK economy a year, while in the United States, honey bees contribute over U$14 billion to the value of crop production.

The growing of crops is vital to help feed the world’s population. However, it comes with a lot of challenges, including pests. Pests would destroy all your crops, and would cause you to lose income if they are not kept under control, hence pesticides are very popular among farmers.

Pesticides kill pests very fast, but they are fatal to bees. Pesticides can have adverse impacts on bees by reducing their breeding success and resistance to disease.

Neonicotinoids are a particular harmful group of bee harming pesticides. When a bee feeds on pollen or nectar containing neonicotinoids, their central nervous system can be affected. This affects tasks that bees depend on to survive such as feeding, homing, foraging, and reproducing.

BBC news reported on Oct. 5, 2017, the article states that traces of neonicotinoid has been found in 75% of honey samples from across the world. V

arroamites are tiny red brown external parasites of honey bees. They can feed and live on adult honey bees; they mainly feed and reproduce on larvae and pupae in the developing brood, causing malformation and weakening of honey bees as well as transmitting numerous viruses.

Climate change is affecting the bee population. It is affecting pollination by disrupting the synchronised timing of flower blooming and the timing at which bees pollinate. Flowers are blooming earlier in the growing season due to rising temperatures, before many bees have a chance of pollinating the plants. Therefore, when bees finally begin pollination, there is limited nectar available and competition for those valuable resources becomes more intense.

Bees are also losing their habitat which is causing a decline in their population. For example, a lot of wild flowers are removed to make room for urban development and for intensive agriculture.

Here are some tips to conserve the bee population:

Bees are very important for food security, and a lot of people depend on honey as a source of income, hence the reason why measures should be put in place to prevent the bee population from collapsing.

One reply on “The crisis of the bee population globally”