3 days set aside for trial of Nigerian-Vincy 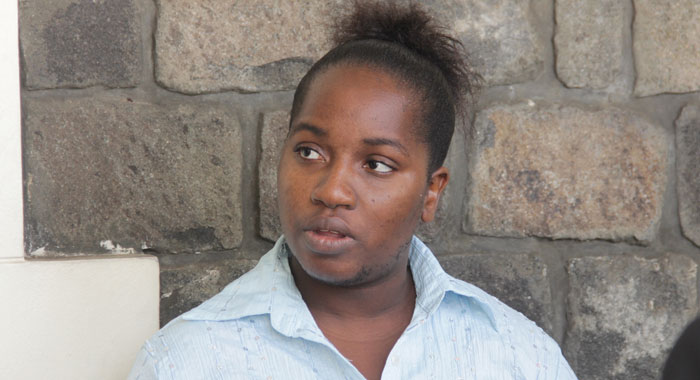 The Nigerian-Vincentian woman slapped with over 30 counts of using without his permission a credit card belonging to a 90-year-old businessman says she still lives at his property and is being harassed because of this.

The accused woman, Eunice Dowers told the Serious Offences Court on Monday that she is renting from the businessman, Bertille “Silky” DaSilva, and a woman there is “always at my neck”.

Dowers told the court that the woman goes to the Calliaqua Police Station “every day” to complain about her.

But Chief Magistrate Rechanne Browne told Dowers that the court’s concern is about the matter that is before it.

Dowers raised the issues as the charges against her came up for hearing last Monday, Sept. 30.

When the matters were called, Dowers’ lawyer, Grant Connell was not yet in court.

Senior Prosecutor Adolphus Delplesche told the court that the crown was not ready to proceed although the witnesses had been summoned.

He noted that there were several charges against the woman, adding that the prosecution intended to take one set of evidence and that the files were being looked at as he spoke.

The chief magistrate noted that the charges against Dowers cover the period September 2018 to January 2019.

“There are quite a number of matters,” she noted.

Delplesche then told the chief magistrate that the Crown’s plan was to apply to the court to have certain dates dedicated to the trial, noting the need to manage time.

When Connell arrived at court, after the matter had been adjourned, he asked the court what was the application by the prosecution.

He further inquired about the case being called in his absence.

The chief magistrate, however, said that she did not see the lawyer’s name on the record for Dowers, adding that she had stood down until he arrived for other matters “in which your name is clearly there”.

The magistrate said she had had “a human moment”, when she proceeded with the case in the absence of the lawyer, who was indeed on record for the woman.

Connell, in an apparently jovial tone, asked how the magistrate could have forgotten that he was on record for Dowers, noting that he had previously pointed out that she had been beaten at an office but no one was charged.

Days before she was charged, Dowers was involved in a brawl at her office in which her co-worker, social commentator Marlon Stephenson repeatedly struck her. The police were called but no charges were brought in connection with the office violence.