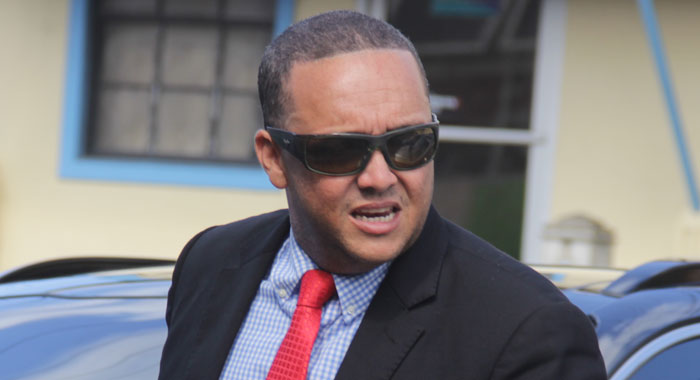 The lawyer defending the prison officer charged in connection with last week’s jailbreak has a suggested starting point for the police investigation:

the fact that four prison officers were guarding 242 prisoners.

Counsel Grant Connell made the observation at the Serious Offences Court, on Friday, as he applied, unsuccessfully, for bail for his client, Louie Cupid.

Cupid, 45, of Murray’s Village, has pleaded not guilty to conspiracy and corruption charges in connection with the escape of accused murderer Veron Primus.

Primus, 32, is on remand awaiting trial for the November 2015 murder of real estate agent Sharleen Greaves, 33.

Primus pleaded guilty to a charge that he escaped lawful custody between Sept. 30 and Oct. 1, 2019, and has been sentenced to 16 months in prison.

He gave himself up to police on Oct. 1.

Connell told the Serious Offences Court that the authorities had spent three days investigating the case before bringing charges against Cupid.

He said that Cupid is the main breadwinner in his family and any delay in his being granted bail could have “a corrosive effect”.
“They have already taken the money that was met on him — the sum of $1,330,” Connell told the court.

He said the money doesn’t form part of the investigation although police had told the accused man that the money was being looked into.

The lawyer, however, said that the Financial Intelligence Unit, which investigated financial crimes and the proceeds of crime, couldn’t have any interest in the money because the time for that expired after 72 hours.

“So it is clearly an abuse,” Connell told the court.

“Yes, I know it is a very embarrassing situation for the state. But denying this man bail cannot fix the problem. You had four men guarding 242 men. That is a start. You can start your investigation by fixing the problem,” Connell argued.

He said that his client could be given reporting conditions and restricted to certain geographical areas.

“I don’t know how wide this investigation is going. I don’t know if it’s an island wide investigation,” he said referring to a point that Senior Prosecutor Adolphus Delplesche had made in objecting to bail.

“Maybe we could cordon off Kingstown… The prisons are in Kingstown. They have to figure out how the man got out of a prison. That is not rocket science. They have cameras; they have the three other officers that they took into custody with him. “They have all the locks, cameras, and everything in place…  It is almost comic relief. And now denying him bail?” Connell said.

After the prison break, police took four prison wardens into custody and charged Cupid but released the other three without charge.

The lawyer said that while head of the Major Crime Unit, Inspector Elgin Richards, was in charge of the case, the prosecution had not indicated to the court, the usual information such as the number of witnesses and the status of the files.

“We must just send him to prison until they get their house in order. It is not a constable in charge of this investigation; it is the head of MCU… But I must say it is good to see a man in green back on the scene,” Connell said, referring to the colour of the uniform worn by police officer at the rank of inspector and up.

“Don’t leave it for the juniors. It is good when you take it up. SOPs (superintendents of police), inspectors, deputies,” Connell said.