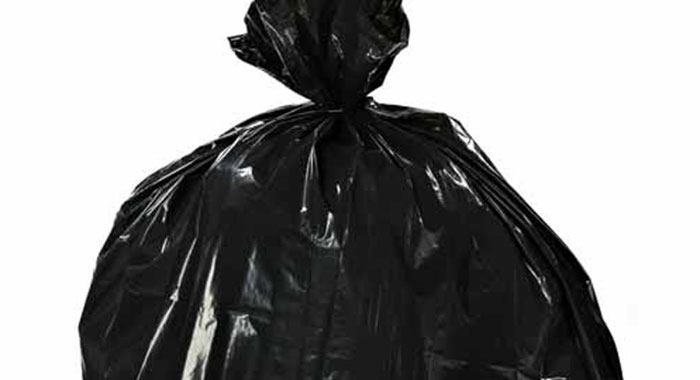 An internet photo of a bag of garbage.

The Georgetown Magistrate’s Court, on Monday, saw a rare case in which both the defendant and complainant were bonded to keep the peace — over garbage.

Pompey reprimanded and discharged Gerald, but placed both individuals on an EC$1,000 bond for a year.

In breach of the bond, they would have to pay the court the amount forthwith or spend six months in prison.

An ongoing feud between neighbours resulted in an argument on Aug. 13 about 7 a.m., at Byera, between Gerald’s daughter, Shevelie Neptune, and Roberts.

Roberts told the court: “I saw Neptune throwing a bag under my house.  When I opened it, it was a lot of garbage. I throw it over my back wall and Neptune came out of her house and asked me why I throw that down there. “

Roberts said Neptune’s cousin, Cemorne John came and started to curse her and threw two stones at her, striking her on the foot.

“I pelt one but it bounce on the wall into the toilet,” Roberts said, adding that Neptune ran and fell.

She said that Gerald came and threatened to chop her up, asking her why she had struck Neptune with the stone.

“I say, ‘Stephen, you again? You nah even find out nutten’,” Roberts told the court.

When prosecutor John Ballah asked Roberts how she felt when Gerald approached her, Roberts responded, “I felt frightened!”

A shaking Gerald appeared to fight back tears as he questioned Roberts.

He told the court he was at home at a different section of Byera when someone called to say that Roberts and his daughter were quarrelling.

“I went up dey, just to stop my daughter,” he said, adding that when he went into his daughter’s yard she told him that Roberts had struck her with a stone.

“So I say to her, ‘Desrine, why you lash Shevelie?’  She (Desrine) telling me to go down and bring up my cutlass.  Me tell Shevelie to go ah station! Desrine always telling me she would like to see me go jail. She tell me so right in front of my mother,” Gerald told the court.

Gerald said he wasn’t upset when he heard Roberts had struck his daughter with a stone and denied telling Roberts he will chop her.

However, Gerald’s daughter, who testified on his behalf, told the court that her father was upset when she heard that Roberts had struck her.

Cemorne John, the other witness who Gerald called to testify, told the court that he did not appear to be upset upon hearing that his daughter had been struck with a stone.

The prosecutor argued that the women were witnesses of convenience who had come intending to mislead the court.