Man attacks woman with knife amidst accusation of cheating 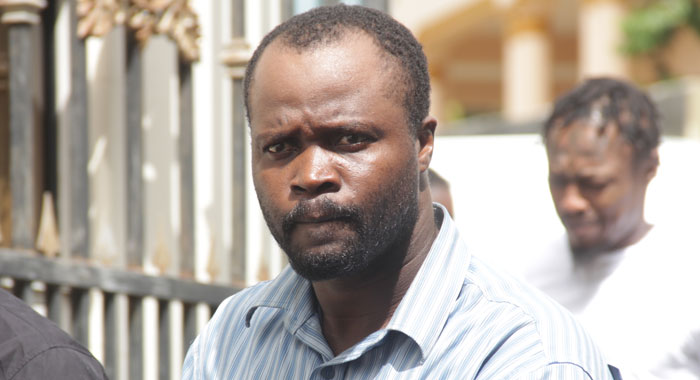 Dave Garrick was jailed after he attacked his girlfriend with a knife while accusing her of cheating. (iWN photo)

A Sion Hill man has been jailed for attacking his girlfriend with a knife while accusing her of cheating.

Dave Garrick, 39, pleaded guilty, on Monday, to a charge that on Oct. 4, at Roseau, Sion Hill, he did unlawfully and maliciously wound Caroline Salandy, also of Roseau.

At his arraignment at the Serious Offences Court in Kingstown, Garrick initially told the court that he was “guilty with a cause”.

The chief magistrate told him that was not an option, but asked him to explain his “cause”.

Garrick then proceeded to tell the court that he is in a relationship with “this woman”, referring to Salandy, and how she had come home late from work.

On hearing this, the chief magistrate stopped Garrick and told him to decide on a plea.

The man then said he was guilty.

According to the facts presented, the court heard that Garrick and Salandy have been in a relationship for about six years and have a son.

About 7 p.m., on Oct. 4, Salandy returned from work and met Garrick at home.

He began to question her as to why she had gotten home so late and Salandy told him that she had been at work speaking with her employer.

Garrick then accused Salandy of cheating on him and became upset.

An argument ensued and Garrick took up a knife and started to swing it at Salandy, who received cuts to her face, arms and fingers.

The matter was reported to the police and Garrick, when cautioned, admitted to the offence.

Asked what he had to say about his sentence, Garrick told the court:

“I have two kids with this lady. I have a job and will like to continue to take care of my kids as I use to and stay away from her.”

When the matter was recalled, she asked Garrick where the children were and he said he had no idea.

On Tuesday, after consulting with the complainant, who attended the hearing, Delplesche told the court that he had had a particular thought but speaking with Salandy caused him to change his thinking.

He said that Salandy did not want Garrick to go to prison and the prosecutor said she is the one who has suffered.

“Matters of this nature, to repeat what has been said before, it must be sent clearly that beating up one’s partner, whether wife or girlfriend, is not something tolerated by the court,” he said, adding that the punishment must reflect this zero tolerance.

The prosecutor said a man’s girlfriend or wife is not his property or his chattel that he can beat up on her.

Delplesche, however, noted that while Salandy has said that she did not want Garrick to be jailed, the court must impose a penalty that sends a strong message.

The chief magistrate again stood down the matter before passing sentence.

In handing down her sentence, Browne said that she considered the consequences and seriousness of Garrick’s actions and started with a custodial sentence of three months.

The chief magistrate said that the aggravating features of the case were that a weapon was used to frighten and injure Salandy and that Garrick had abused her trust.

After considering the aggravating and mitigating factors, the court arrived at a sentence of eight months, and rounded off the one-third discount for the guilty plea to three months, leaving Garrick to serve a five-month jail term.