Shoplifting vendor begs not to be sent back to jail 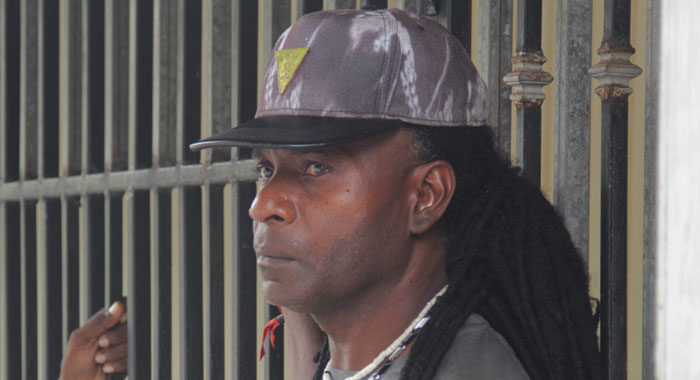 The Kingstown vendor who stole a number of items from a Kingstown store two days in a row begged not to be sent back to prison after spending a weekend there while awaiting sentencing.

“Please. I beg you, Sir. I ask for some mercy. Please,” the admitted thief, Joseph Griffith, 45, of Walvaroo, originally of Guyana, said when the prosecutor asked him if he wanted to go back to prison.

On Monday, at the Serious Offences Court, in Kingstown, Senior Prosecutor Adolphus Delpesche said his concern about Griffith’s crime was that he was a vendor who was stealing from other businesses to sustain his enterprise.

Asked how he liked being on remand in prison, Griffith said, “Not nice.”

Delplesche told him prison was not meant to be nice.

Chief Magistrate Rechanne Browne remanded him in custody over the weekend, ahead of his sentencing on Monday.

At the sentencing hearing, Delplesche told the court that Griffith has no criminal record in St. Vincent and the Grenadines

He, however, told the defendant that showing mercy does not mean he should go unpunished.

And, the chief magistrate said that in arriving at her sentence, she considered both offences and having looked at the consequences, they were serious.

She said there was careful planning and the offences were not picked up on the day they were committed.

Browne noted that the maximum penalty for Griffith’s crime was two years in prison.

She, however, said she would use a starting point of two months in jail.

The chief magistrate said that when she added the aggravating factors and subtracted the mitigating factors, she arrived at a non-custodial sentence.

For the items stolen on Oct. 10, Griffith was fined $500 to be paid by Oct. 31. In default, he faces imprisonment for two months.

The court ordered restitution of the items that had been recovered.

For the jerseys stolen on Oct. 9, which were not recovered, the chief magistrate ordered him to pay compensation forthwith, or two spend two months in jail.

When the sitting of the court was adjourned for the day, Griffith was still in police custody. He was taken away in a police transport with other prisoners.