Vincentian to deliver distinguished lecture at University of Havana 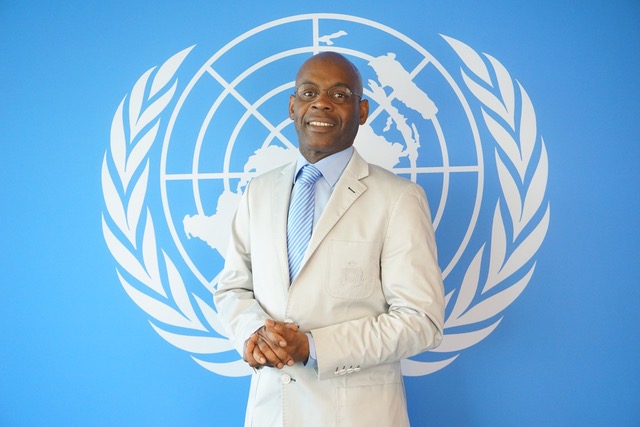 Vincentian Richard Byron-Cox is scheduled to deliver a distinguished lecture at Cuba’s premier tertiary institution, the University of Havana on Nov. 4.

Byron-Cox who is an international law and relations specialist, diplomat, linguist and United Nations expert on sustainable development, says that while he has lectured at prestigious universities around world, this invitation is very special for many reasons.

He said the invitation is special not least because of his admiration for Cuba’s commitment to the anti-colonial and anti-apartheid struggles, its provision of support in many areas especially education and health to developing countries, and its significant contributions in many fields to the upliftment of his homeland St. Vincent and the Grenadines, the latest being the construction of Argyle International Airport.

The lecture, which Byron-Cox will deliver in Spanish is on the topic, “Cuba: An important part of Our Caribbean”.

And, Ellsworth John, SVG’s resident Ambassador to Cuba, has indicated that the lecture has been incorporated as part of his embassy’s official programme in Cuba to the celebrate 40th anniversary of SVG’s independence.

John stated that the embassy of SVG will facilitate the simultaneous translation of the lecture from Spanish into English, as well as promote the event within the diplomatic corps.

Apart from students and lecturers, top officials of the Cuban government and the diplomatic corps have been invited to attend the lecture, which will take place at the university’s main campus on Nov. 4.