Clinic at heart of most frequent Parliamentary question still dilapidated 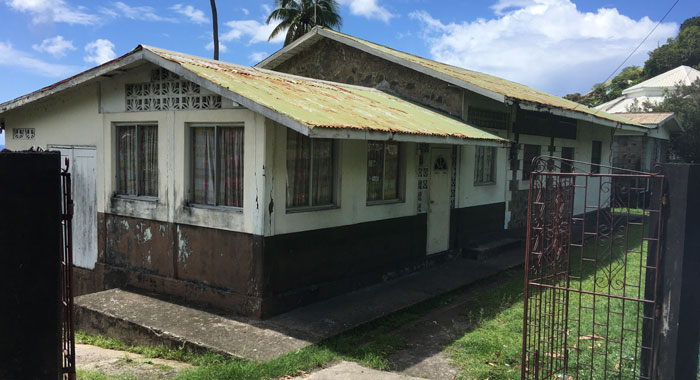 Minister of Health Luke Browne has ‘cried shame’ at an opposition lawmaker for asking four times in the past two years about a dilapidated clinic which is yet to be repaired.

“Mr. Speaker, if we were to recognise the most frequently asked question in Parliament, this would likely be one of them because this question, in some shape or form, has presented itself on our order paper at least four times in the last – well … since June 2017…” Browne told Parliament this month in response to a question from opposition lawmaker, Nigel Stephenson.

Stephenson, who is parliamentary representative for Central Leeward, asked a question in which he said the Campden Park Clinic has become “an eyesore and residents and patients have been complaining bitterly of the need to have the facility repaired”.

He asked the minister to say whether the clinic will be repaired and if yes when can work be expected to start.

“What is a shame is that you are basically disregarding the rules which speak against repetition of questions,” said Browne, a senator.

“This question, Mr. Speaker, was asked on the 13th of June 2017, it was also asked in a slightly modified form on the 29th of January 2018 — and the honourable member of the opposition didn’t even have the decency of staying in the House on that occasion. They marched out of the House in the huff and a puff and could not get the answer then.”

But as the minister made his comments, Stephenson commented:

“No wonder healthcare is in the state that it is.”

Browne continued: “And, after that, they asked the question again on the 5th of April 2018, Mr. Speaker, which is barely over a year ago and the question now reappears on the order paper, slightly modified,  if you can consider a difference in words to be any modification at all.”

Browne said he knows that Stephenson would say he had carefully navigated the standing order 21 (g)(i), which says one should not repeat the question in the same session of Parliament.

“But the question that we have to ask ourselves is if he has not, however, run afoul of the principle which is at the heart of that rule, which is that there should be no repetition of questions in this honourable house,” Browne said.

At this point the speaker, Jomo Thomas, said to Browne: “Honourable Member, you couldn’t be saying that once you asked a question that the definitive and final answer?”

Browne responded: “I could be saying that what he is doing is running amok of the rules of the house, which seem to guard against repetition.”

However, the speaker told the health minister that the South Leeward representative was not running amok of the rules.

“The question can be asked once per session and all of the numbers you have delineated from 2017 indicate that he is within that rule,” the speaker further stated.

“Ok, Mr. Speaker. I am going to embark on an answer for the most frequently asked question in parliament,” Browne said.

The health minister went on to say that the clinic is located within the Pembroke health district and his ministry embarked on activities geared at improving generally the healthcare infrastructure in that district.

He said that as part of this, over EC$500,000 was invested in the upgrade of a clinic there “not so long ago”.

“And I suppose that this might be said as well even though it might not be strictly speaking in the constituency of South leeward, there was recently as well the opening of the Buccament Polyclinic.”

The Buccament Bay Polyclinic is located in the adjoining constituency of Central Leeward, but close to the border between the two districts.

Browne said that the health centre in Buccament Bay cost almost EC$10 million and was part of the upgrade carried out in that Pembroke health district, as defined by his ministry.

He said it was important that that facility be completed before embarking on the specific work at Campden Park.

But Stephenson, said, “Look at the population of Campden Park. You are telling them to go to Buccament Bay?”

“Do you want the clinic to be repaired?” Browne retorted.

“Well, I’m telling you the whole story. If you ask a question, let me answer the question. You don’t try answer it too.”

But Stephenson accused the health minister of “dancing and dancing”.

“I am not dancing because furthermore, because if the honourable member had any regard for the budgetary exercise in which we are embarked, he would have had a very clear idea that the Campden Park clinic is slated for work this year. And we would not have to answer that repeated question,” Browne responded.

Stephenson, however, said was not true, and Browne maintained that there are provisions in the capital estimates.

Browne said that “certain things” have happened at the clinic to improve service.

“So I don’t want us to be lost in the misconception that an improvement of service is strictly restricted to having a better building.”

He said not too long ago, there were “doctor sessions” at the clinic only one day a week and this now happens twice per week.

He said this year’s budget contains EC$615,000 for “Upgrading of Health Facilities”, including of the Campden Park and Sandy Bay clinics and other facilities.

“Is it done?” asked Member of Parliament for West Kingstown, Daniel Cummings, an opposition lawmaker and shadow minister of health.

“We are not talking about it being done, but the year isn’t done,’ Browne said.

Browne said that after Buccament Bay Polyclinic was opened – in April 2019 – BRAGSA, the state-owned company responsible for the upkeep of state properties, was overwhelmed and had to concentrate on the school repair programme.

Browne said that in this final quarter, his ministry is preparing to execute the project for the repairs and upgrade of the Campden Park Clinic.