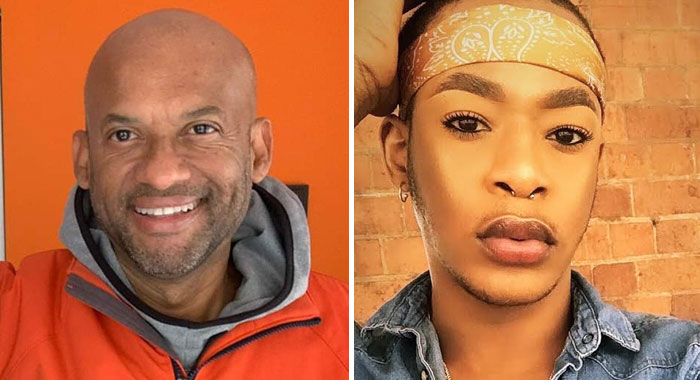 St. Vincent and the Grenadines attorneys Jomo Thomas and Zita Barnwell, on Tuesday, represented their clients, gay Vincentians Sean MacLeish, and Javin Johnson at the first case management conference in the challenge to the country’s anti-buggery laws.

The case management conference comes ahead of the pre-trial hearing today, Wednesday at the High Court in Kingstown.

MacLeish and Johnson, who live in the United States and the United Kingdom, respectively, along with co-counsels, English barristers, Jason Beer QC and Peter Laverack were unable to attend, said a statement by Anansi Tales, a public relations outfit.

The CMC will lay the groundwork for how the case will proceed onto the formal hearings, and all parties involved remain confident that the case will be represented well at the courts, the statement said.

“Mr. MacLeish and Mr. Johnson wish to thank their brilliant legal team for their sterling work thus far in preparation for the case and wish to highlight that all parties involved in the case are working pro-bono and acting in the best interests of the citizens impacted by the discriminatory practices the case seeks to address. The team is working towards one goal creating a fair and equal society for all citizens,” the statement said.

“The impetus of these proceedings are attributed to the claimants homophobic abuse whilst resident in SVG, and the fundamental breach of their human rights, dignity and right to a private life. These experiences are unacceptable, unconstitutional and goes against the agreed principles of International human rights laws and charters that St Vincent and The Grenadines have agreed to,” the statement added.

“I am looking forward to a successful resolution of my historic case as it progresses with the pre-trial hearing on Nov. 13th, 2019. These discriminatory, colonial anti-gay laws have no place in a free and equal society. They should not be allowed to occupy space and power in St. Vincent and the Grenadines to marginalise people like me. I am proud to follow the legacy of Chatoyer, our great Garifuna national hero, who fought for freedom for his first nation people of Hairouna.”

MacLeish said it is “unfortunate” that a group of churches are planning what he described as “an anti-equality protest march” on Thursday.

He said the event is “an affront to the realisation of social inclusion for all citizens regardless of sexual orientation.

“Their position is against international law to protect the human rights of all citizens, a global community that SVG is a part of and needs. This is especially poignant since our nation, celebrated a seat on the United Nations Security Council, this year. People should not have to live in fear of or subjugation to their fellow human beings because of their sexual orientation. I am a proud, gay Vincentian man, and my sexual orientation should not nullify my human rights; the same rights that other heterosexual people claim for themselves.”

MacLeish said that on June 30, 2016, the United Nations Human Rights Council adopted a historic resolution on “Protection against violence and discrimination based on sexual orientation, and gender identity”. He said SVG “now has the opportunity to show the world the same with a ruling that champions equality”.