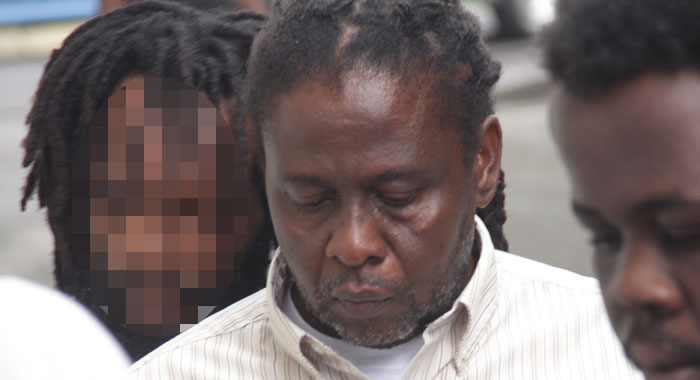 The prosecution, on Tuesday, immediately indicated their intention to appeal the three years and five months prison term that the court imposed on the Arnos Vale man for possession of two loaded guns and 406 rounds of ammunition.

Chief Magistrate Rechanne Browne handed down the sentence on Sealey Matthias, 56, at the Serious Offences Court in Kingstown, one week after he pleaded guilty to the crime.

Matthias was nabbed on July 7, in Stubbs, with a black .40 Smith and Wesson pistol loaded with 10 rounds of ammunition on the back seat of his car.

A police officer conducted a search on the vehicle because Matthias, whose vehicle was involved in an accident, was acting suspiciously.

A search of his Arnos Vale home revealed a loaded shotgun and the remaining ammunition.

In handing down the sentence, Browne noted that Matthias had pleaded guilty after three court appearances, and accorded him a one-quarter discount on his sentence, rather than the maximum one-third for a guilty plea at the earliest opportunity.

She said the court had assessed the seriousness of the offences and the consequences of Matthias’ actions.

The chief magistrate said that after considering the precedence set by her court and the Court of Appeal and the seriousness with which they view these offences, and being guided by the sentencing guidelines, the starting point of the court was four years imprisonment.

She said the aggravating features of the offence were the time of day that it occurred — 4 p.m. — and at the scene of an accident.

Browne noted that it was as a result of the defendant acting suspiciously that further searches were conducted and a loaded gun was found on the back seat of his vehicle.

She further noted that this was in the height of the day, in a public place, at the scene of an accident when a situation could have gotten out of control quickly.

She identified another aggravating feature as the fact that ammunition and a gun were found at Matthias home, where they were very well concealed.

Browne noted that the house was protected by dogs, included an unleashed pit bull, which, she said, was only meant to be a deterrent to anyone getting close to the building to penetrate and search.

The chief magistrate said that this is in addition to the fact that the shotgun was also loaded.

Mitigating on his behalf, however, was the fact that he had no previous convictions.

For each aggravating factor, the court added three months and subtracted two months for each mitigating feature.

This brought the court to a sentence of four years and seven months for each of the firearm offences.

The discount brought the sentence for each of the firearms to three years and five months.

The sentences will run concurrently, meaning that Matthias will spend three years and five months in prison.

The court ordered that the weapons and ammunition be confiscated.

At the end of the sentencing, Senior Prosecutor Adolphus Delplesche informed the court of the Crown’s intention to appeal the sentence.

Matthias was represented by Michelle Fife.

He was initially charged along with his common-law wife, Francella “Fatty” Thomas, 52, for possession of the shotgun and ammunition found at their house.

The prosecution withdrew the charges against her, after defence said that her client had accepted the facts in the case.

One reply on “Prosecution to appeal sentence in gun, ammo cache case”