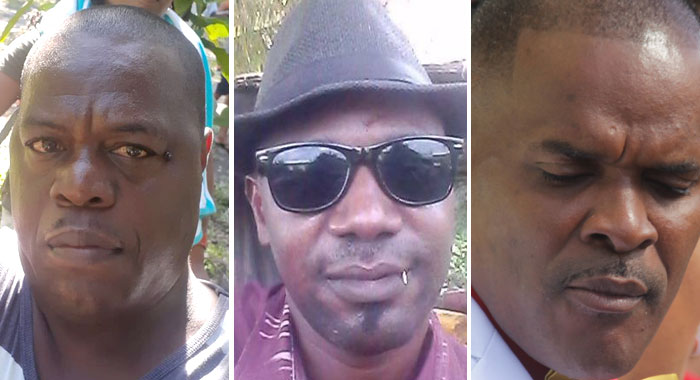 Three corporals of police, each with over 20 years of service, have been suspended from duty pending the outcome of criminal charges against them.

The Police Public Relations Department said on Friday that two of the officers have been charged with rape, while a third is charged with burglary and criminal trespass.

The department did not disclose the name or rank of the officers but said that one was arraigned at the Family Court on Thursday.

That officer was not called upon to plead to the indictable charge.

He was granted bail with one surety and is carded to return to court in February, sources tell iWitness News.

iWitness News was able to independently verify that that officer is Corporal Derek Humphrey, who has been charged with the rape of a 15-year-old girl.

The girl has alleged that Humphrey raped her in his vehicle on Sunday after picking her up at a house where she had gone, overnight, reportedly to avoid sexual assault at her home.

Meanwhile, sources tell iWitness News that Corporal Michael Lynch, of Peter’s Hope, originally of Layou, was taken before the Family Court on Friday on a rape charge.

Lynch is alleged to have raped a woman who was in protective custody as she is a witness for the state in a murder case.

Meanwhile, Enkem Richards, a police officer of Colonarie, was charged with entering his neighbour’s house as a trespasser and assaulting the said neighbour.

iWitness News understands that police were told that, on Monday, Nov. 25, Richards and his wife had an altercation and his wife went to the neighbour’s house for rescue.

Later that day, about 2:30 p.m., Richards is said to have seen his wife conversing with the neighbour.

The police were summoned and responded, but the wife reportedly decided not to press charges against her husband, who she alleged had threatened and choked her.

The neighbour, however, decided to press charges against Richards, in connection with his alleged entry into the neighbour’s property.

Richards pleaded not guilty to the charges when he was arraigned on Friday at the Serious Offences Court in Kingstown.

He was granted bail and the matter was adjourned and transferred to the Colonarie Magistrate’s Court for trial.

In the statement on Friday, the Police Public Relations and Complaints Department noted that like every other accused person, the officers are deemed to be innocent until proven guilty by a court of law.

The statement, however, said:

The statement said that police officers take an oath and have a vested responsibility to protect all residents of St. Vincent and the Grenadines and visitors alike.