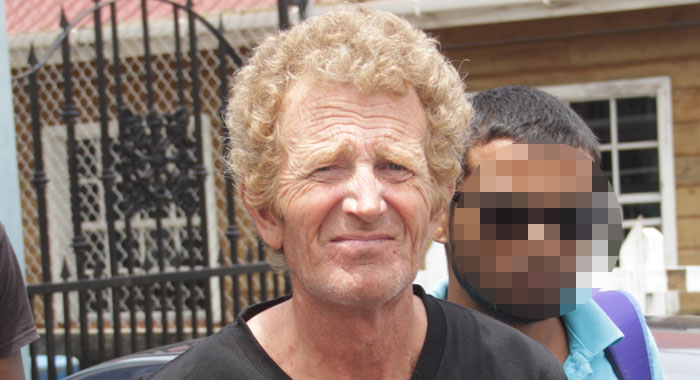 A British man who has been on remand awaiting sentence for on three marijuana charges died in hospital in St. Vincent on Saturday after undergoing surgery.

A well-placed source told iWitness News that health care professionals performed a surgery on Kevin Slauter, a 57-year-old boat captain, after he reportedly swallowed his dentures and sliced his wrist some time ago.

The man, reportedly, had expressed frustration at not having been sentenced almost six months after he had pleaded guilty to the drug charges.

On June 14, at the Kingstown Magistrate’s Court, the prosecution accepted guilty pleas from Slauter on three of four ganja charges but said they would proceed against his co-accused, a Vincentian and a Grenadian.

Slauter had pleaded guilty to a charge that on June 13, at Richmond, he had in his possession 183,416 grammes (404lbs) of cannabis.

He also pleaded guilty to a charge of possession of the marijuana for the purpose of drug trafficking, and attempting to export the drug.

The other accused men, Vincentian Kenroy Edwards, a 31-year-old chauffeur, of Rose Bank, and Javid Chetram, a 23-year-old sailor, of Grenada, pleaded not guilty to all charges.

The Crown had indicated its intention to proceed against the other accused men and asked that the case be transferred to the Serious Offences Court.

The court denied bail to Chetram after the proseuction objected, noting that he is a non-national.

The men were being represented by counsel Grant Connell.