Three men to be tried for 2 murders 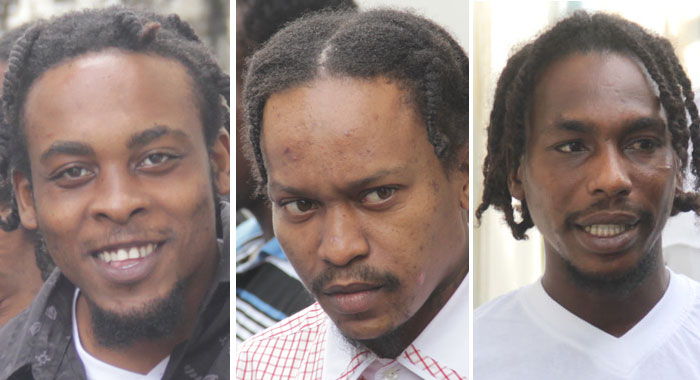 Etson Timm, 23, of Diamond, along with fellow villager Jeremy Alexander, 23, were committed to stand trial for the May 8 murder of Darron “Precious” Davy.

Davy, an 18-year-old labourer of Arnos Vale, was shot near BRAGSA office on Lower Bay Street, Kingstown around 1:35 a.m. on May 8.

He was rushed to the Milton Cato Memorial Hospital where he succumbed to his injuries.

At the end of a paper committal, Chief Magistrate Rechanne Browne, sitting at the Serious Offences Court, committed the men to stand trial for Davy’s murder.

A paper committal is when the magistrate, the prosecution and the defence reads the brief and decides on that reading whether is enough evidence to send the case to trial.

Also at the Serious Offences Court on Tuesday, Romando Bruce, 31, of Clare Valley, was committed to stand trial for the murder of Philson King, 36, of Murray’s Village.

King died at the Milton Cato Memorial Hospital on July 19, less than an hour after being taken off life support.

He had been placed on life support after being shot in the face with a fish gun in Campden Park on July 13.

Prosecutors are alleging that Bruce shot King in the face during an altercation in Campden Park.

Bruce was committed to stand trial after a paper committal during which he was represented by counsel Grant Connell.

The men will be tried at the next practicable sitting of the High Court and have been remanded in custody pending the outcome of their trial or any bail application.

One reply on “Three men to be tried for 2 murders”