Dominicans vote amid fears of violence 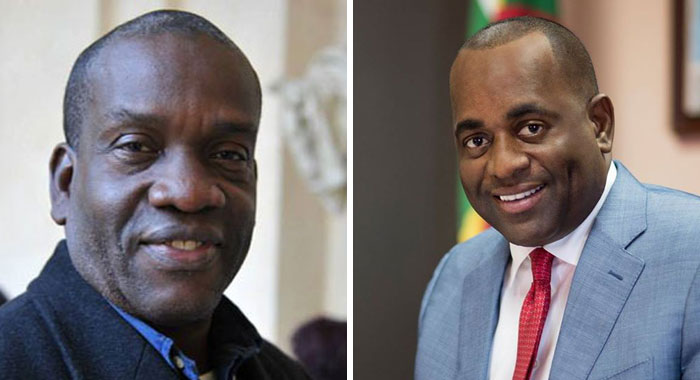 ROSEAU, Dominica (CMC) — Dominicans go to the polls today to elect a new government with the leaders of the two main political parties expressing differing views on the likely outcome.

While Prime Minister Roosevelt Skerrit is predicting a “landslide” victory for his ruling Dominica Labour Party (DLP), Lennox Linton, the leader of the main opposition United Workers Party (UWP), is being more cautious amid what he has termed the failure to have free and fair elections in the country.

“We are very confident that the Dominica Labour Party is going to win on Dec. 6,” said Skerrit, who is seeking a fourth consecutive term in office.

“We are going to have a landslide victory in Dominica, the people are with us, the momentum are with us, we have the better policies, the better programmes, the better strategy and really we are disappointed with the campaign of the Workers Party,” he told the Caribbean Media Corporation (CMC).

But Linton told CMC that the UWP is going into an election “which is neither free nor fair, but we are confident that we are contesting an election that we can and will win in the interest of protecting democracy in Dominica.

“I say not free because we now have police officers from a number of CARICOM (Caribbean Community) countries — the Regional Security System (RSS) — we are told, to maintain law and order and shorty after they arrived here we woke up to the news that people in Salisbury had been tear-gassed.”

Linton has defended the actions of what he termed “the young people” in the northern villages of Marigot and Salisbury, considered strongholds of the UWP, as the authorities moved to unblock public roads where tyres and other debris had been set ablaze.

Further, he believes the United States and other Western countries should come to the “aid of Dominica” in response to the presence of the RSS and also in an environment where “hours before the polls you have a situation where police officers from the other islands of the Caribbean are [here] with guns walking about the place.

“We think that is clearly a challenge to freedom and the ease with which people should move around, freedom of mind to go and cast their ballots, and then you have the issue of fairness, where the ruling party is spending those huge sums of money bringing people in to vote for the ruling party in the elections,” he told CMC.

Skerrit has brushed aside the concerns being raised by the opposition party, particularly their “violence and verbal abuse” of citizens during the campaign, which he said “is destroying our country and is not about building Dominica”.

But he maintained that the incidents in Dominica are isolated; “The country is safe, it is something that’s unnecessary,” he added.

Police Commissioner Daniel Carbon, in a statement yesterday, condemned the actions to block the roads leading to the Douglas Charles Airport in the north of the island, adding that they were now open to vehicular traffic.

“I would like to commend the police and the troops of the Regional Security System for conducting a swift and good operation in having the roads unblocked,” he said. Carbon said three of his officers “got injuries, but I can also confirm that there have been no fatalities”.

Said Carbon: “I am calling on the people of Salisbury and Marigot to conduct themselves properly. Tomorrow (today) is general elections and we will ensure that the elections are held peacefully and in an atmosphere of tranquillity,” he added.

President of the Dominica Association of Industry and Commerce (DAIC) Kenny Greene said the private sector is concerned at the political climate and its effect on the business community.

“The business sector is jittery and they are concerned primarily because the thoughts are of anarchy and chaos, especially what happened after post [Hurricane] Maria [when a number of businesses were looted], have lingered.

The opposition had sought to have the elections postponed to February next year on the grounds that there was need for electoral reform, more specifically the issuances of picture identification cards and a cleansing of the voters’ list.

The matter failed at the High Court and efforts were being made to appeal the measure, probably all the way up to the Trinidad-based Caribbean Court of Justice (CCJ), which is Dominica’s final court.

Skerrit has said that the call for election reform is nothing more than a red herring given that his administration had tried unsuccessfully to have the matter debated in the last Parliament.

However, Linton argued that this was never the intention of the government.

Just as on the issue of electoral reform, the two parties, which are contesting all 21 seats in the general election, have their policies as wide apart as their strategies for victory.

In its 48-page manifesto, the UWP is promising to review the controversial Citizens by Investment (CBI) programme, through which foreign investors acquire Dominican citizenship in return for making a substantial financial contribution to the socio-economic development of the island.

The CBI has emerged as a major campaign issue here amid allegations of diplomatic passports being sold to foreigners under the scheme, with the UWP alleging that the proceeds are being used to finance the campaign of the ruling party.

The party said that it also intends to build a new economic framework, driven by the private, public, co-operative and civil society sectors. It has also pledged to reduce the size of the Cabinet “by at least 40%” and review the House of Assembly and Registration of Voters Legislation.

For its part, the ruling party has called on voters to judge it on its performance, particularly after the passage of Hurricane Maria that left millions of dollars in damage two years ago.

Skerrit said the party’s 60-page manifesto, titled “Dynamic Dominica”, is about putting forward a clear and achievable agenda for Dominica and defines “the Dominica of the future” over the next five years.

“It identifies economic activity that will be drivers of growth. It presents the social policies and programmes that will make a difference in people’s lives,” he said. “What Labour has been doing consistently, solidly, securely, safely and well is putting in place the planks and building blocks of sustainability and resilience for the economy, the society and for the environment.

“Our next step is to move into a new level of dynamism. This is a country that is growing; you name it, it is growing in Dominica,” he said.

The DLP promised that in order to protect the island from natural disasters, the new Dominica “will become the first climate resilient nation in the world”.

The Electoral Commission said it is prepared for the elections today. Press and Public Education Officer Elias Dupuis told CMC that 74,895 electors are eligible to cast ballots at the 255 polling stations across the country.

4 replies on “Dominicans vote amid fears of violence”