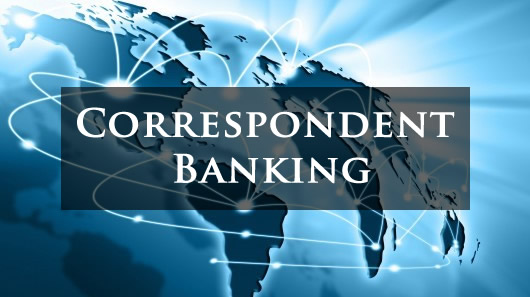 NAIROBI, Kenya (CMC) — As the Caribbean struggles to respond to de-risking and other challenges in its financial sector, at least one Caribbean prime minister believes that the solutions can be found through closer economic ties with Africa.

Caribbean countries have been arguing that de-risking — the threat by banks in developed countries to withdraw correspondent banking services — would exclude the region from the global finance and trading systems with severe consequences for financial stability, economic growth, remittance flows and poverty alleviation.

At the same time, the region is trying to cope with excess liquidity, and in some countries, such as Barbados, commercial banks are paying as little as 0.01% interest per annum on deposits.

Canadian banks are selling most of their assets in the Caribbean. On Thursday, Royal Bank of Canada (RBC) announced it had entered into definitive agreements to sell all banking operations in the Eastern Caribbean to a consortium of indigenous banks within the region.

The move by RBC follows a similar action by another Canadian-based bank, Scotiabank to sell off its operations in at least eight Caribbean jurisdictions.

Barbados Prime Minister, Mia Mottley, addressing the inaugural business summit of the 79-member African, Caribbean and Pacific Group of States (ACP), last Sunday, said that the concept of de-risking has come about “because the Canadian banks don’t believe that they are large enough to matter for them to take the time to put systems in place.

“It is a notion that is incomprehensible because it is telling you, as we have said, continuously, that we are invisible and indispensable, not just in terms of climate change but also in terms of day-to-day functioning of access to finance,” she told the high-level dialogue between ACP head of states and captains of industries.

Mottley said she does not believe that the Caribbean is invisible or dispensable for Africa or the Pacific “and therefore, we will work, cooperatively, because equally, pound for pound, the Caribbean has produced more Nobel laureates, more genius, more sporting athletes, more people with capacity.

“And the bottom line is that we have, therefore, lessons we can share, if given the opportunity so to do,” she said, noting, however, that the ACP exists in a world that, “regrettably, is north-driven, as is also the case with the instability now taking palace globally.

“And we have to, at some point, determine where we are prepared to reclaim our destiny or not,” Mottley said, adding that leaders must lead “and I hope that is what we doing now to create the opportunities for you in the business community”.

Mottley told the panel, whose members included President of Seychelles, Danny Faure, Nicolas Nesbitt, chair of Kenya Private Sector Alliance chair of the East African Business Council, and Ambroise Fayolle, vice-president of the European Investment Bank that ‘for us this is a unique moment because it signals our intention to really try to claim our destiny.

“We have an opportunity that, however, must be premised on getting not to know about each other but to know each other,” she said, adding there is a big difference between the two.

During the panel discussion, a member of the audience noted that trade flows are limited within the ACP and wanted Prime Minister Mottley’s views on how trade can increase within the bloc and how can ACP members begin to think of themselves as one bloc and its people as one people.

Mottley said this is going to be difficult “in the absence of dealing with the elephant in the room: travel and the movement of goods”.

She said her government has signed a cooperation agreement with Ghana’s port at Tema and she believed whether it is Barbados-Jamaica-Bahamas, that there are opportunities for hub arrangement to be able to access North, Central and South America from the Far East and Middle East, coming through Africa.

Mottley said that this has to be realised by working with private sector companies, even as she acknowledged that the Caribbean and Africa need to address air travel

“That there is only direct travel as evidence in the Middle Passage is the greatest scar in the 20th Century in the post-Independent movement of African and Caribbean Leader and I hope we can remove than blemish from our record.  Because we are the ones now who have it within our grasp to make that travel direct rather than to be pawns of history or victims of history.”

Mottley said that Africa-Caribbean trade links cannot simply be about providing jobs. It has to be also about economic enfranchisement, creating a basis for ownership among our people because that is the only way to is going one sustainable.”

She said African and Caribbean nationals general migrate North, rather than East or West to each other’s region “and it is a nonsense because if I told those of you who were interested in banking and finance that we have a serious problem in the region with correspondent banking and de-risking and the fact that ordinary members of our society are finding it difficult to even open a bank account, then what has happened here in Kenya with the Equity Bank may well now be a model to happen in CARICOM”.

Equity Bank, a Kenyan financial institution, also has branches in Rwanda, South Sudan, Tanzania, and the Democratic Republic of the Congo.

Mottley said Equity Bank has been able “to use the virtue of trust to broaden the base of participation and finance in this country in a way that we the Caribbean Community is crying out for, rather than being hostage in a few international bank that are not responding to our domestic needs and challenges are but are responding to one-size-fits-all prescriptive that are being imposed upon it from the North Atlantic countries.

Mottley is not the first Caribbean Community (CARICOM) leader to suggest a similar response to de-risking.

In July, Antigua and Barbuda Prime Minister, Gaston Browne, who is leading the region’s response to the corresponding banking relationship (CBR) matters, told the Caribbean Media Corporation (CMC) at the annual summit of CARICOM leaders that the Caribbean should establish a bank that would allow the region to counteract the position of international banks regarding corresponding banking.

Another African financial (UBA) institution that might provide useful lessons for the Caribbean as it confronts de-risking is the United Bank for Africa, which has 70 years of uninterrupted banking operations, and has as 20 African subsidiaries.

The featured speaker at the ACP Business Summit was Tony O. Elumelu — a Nigerian economist, investor, and philanthropist – who is also chair of UBA.  Elumelu said that the ACP regions share common concerns, but also common opportunities.

“In our world of sometimes brutal geopolitics, we need to have our voices heard — our issues on the table and our agenda addressed,” he said, adding that ACP countries face the greatest challenges from climate change, unfair trade practices and “the tragedies of emigration”.

He noted that he was speaking as chairman of UBA, which he described as  “Africa’s global bank”, pointing to its presence in 20 African countries as well as operations in three major financial centres of the world: Paris, London and New York.

“UBA is a force for development in Africa, through infrastructure investment and leading the way in cross border payments and services, with the objective of encouraging trade across the continent,” Elumelu said.

“Through our offices in New York, London and Paris, we work with large development finance institutions, multilateral organisations and corporates by facilitating capital flows into Africa and providing international trade services.”

The objective of the business summit was to offer a framework of a high-level dialogue between ACP heads of states and ACP captains of industry to share information and practice on implementable decisions and investment plans and concrete projects.

It was also a forum for the exchange of idea on policy, legislative, institutional and capacity building measures in the area of Industrial, transformation, of/for ACP countries — including blue and green economies – and entrepreneurship acceleration strategies and processes for ACP countries and intra-ACP investment, trade and development for ACP countries.

She said there are also opportunities in the blue and green economy, changing how ACP countries respond to restructuring their economy to be renewable-energy driven. Rather than looking north, Africa and the Caribbean ought to be looking at each other to mobilise liquidity.

Mottley said the ACP bloc is being told that if they want to move to electric cars they have to wait because manufacturers will first satisfy Europe and North America.

“So where are the opportunities within Africa for the establishment of manufacturing plants that are looking to create and build the electric or hybrid cars that are needed to power the south.

“And why are we not working in a cooperative manner leveraging both capital  — human and financial – form all three regions in order to build out whatever industries we are building, whether here there or in the Pacific,” she said, adding that the Caribbean has a mature relationship in managing tourism products.

“Why aren’t Jamaica and Barbadian chains establishing in Africa in tourism” she said, and equally question the non-expansion of Kenyan agricultural diversification to the Caribbean, particularly to countries like Suriname, Guyana and Belize.

“So, my friends, the opportunities are great but we don’t know each other. We know about each other. And the only people who can change that is ourselves,” Mottley said, but noted that change is not easy.

“But we need to step outside of the comfort of the familiar and recognise that we are, actually, more alike than we think because we come from the same values, the same people the same everything. It is just that we have allowed the sea and others to separate us. I believe that a few people must lead the way, because success if a habit,” Mottley said.

The Guyana born diplomat, noted however that there is a major problem both in terms of the supply side and the connectivity.

He said, however, said that molasses from Fiji has been servicing a lot of the rum industries in the Caribbean for years and that the ACP has also had a very successful public-private partnership on rums and spirits.

“We spoke about it as [early as] 2005-6, a partial scope agreement, a study was done — an intra-ACP free trade agreement. We have to look at where we can have a partial scope in certain things,” he said, adding that fisheries is making great strides in what sugar used to do and can do.

“We have also had the possibilities in the beef in those who are exporting, depending on the market. So, I think it will be partial scope relating to how you move up the value chain and this concept now, the value chain will not be restricted to products that come out of the Caribbean,” Gomes said.