No bail for man accused of shooting auxiliary cop

Spencer is before the court mere months after being released from prison for killing another man. 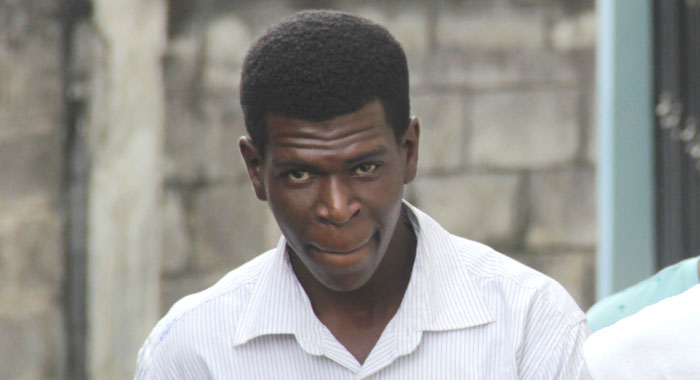 The Green Hill man charged with attempted murder of an auxiliary police officer who has been left paralysed after being shot in Kingstown, on Nov. 22, has been denied bail.

The accused, Tyson Spencer, 30, is also accused of shooting two other men at Heritage Square during the same incident.

It was Spencer’s third appearance in court since his Dec. 3 arraignment.

Spencer is also charged with unlawfully and maliciously wounding Dwayne Peters, of Kingstown Hill, and Deron Quashie, of Choppins.

The court ordered that he be remanded in custody until April 27, 2020.

Spencer is before the court mere months after being released from prison for killing another man.

In June 2011, Spencer was charged with the murder, at Heritage Square, of Clevedon “Junior” Chewitt, 26, of Belair.

Chewitt died on June 25, 2011 after receiving a stab wound to the left side of his neck at Heritage Square, where a carnival event was taking place.

In October 2012, Spencer pleaded not guilty to murder and guilty to the lesser charge of manslaughter.

Chewitt had bumped into Spencer who then retrieved a knife from his pants and stabbed him in the left side of his neck.

In a police statement, Spencer said: “He come and war whine up pon (dance with) the woman dem who ah been liming with. The daughter fo’ the woman ain’t war give this guy ah whine and he keep humbugging her.”

Spencer was sentenced on Nov. 30, 2012 to eight years in prison for manslaughter.